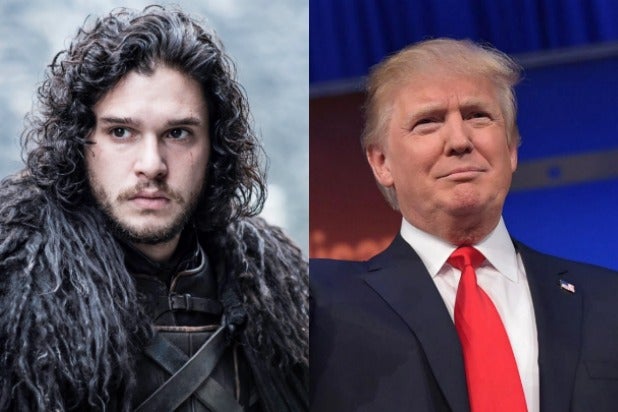 HBO’s “Game of Thrones” was the only cable program that had more viewers last week than Fox News Channel’s coverage of Donald Trump’s speech following his victory in the Indiana primary.

The speech, which occurred during “The Kelly File,” and Tuesday’s edition of “The O’Reilly Factor” joined “Game of Thrones, “Fear the Walking Dead” and a handful of NBA playoff games among the Top 10 most-watched cable programs for the week of May 2-8.

Trump called rival Ted Cruz a “tough, smart guy” and said he has an “amazing future” following the Texas senator’s decision to drop out of the GOP presidential race. The speech was watched by 5.2 million people on FNC alone. The May 8 episode of “Game of Thrones” averaged 7.3 million viewers.

Fox News finished No. 1 among all cable networks in total day viewers and finished second to NBA-heavy TNT in primetime. ESPN, USA and HGTV joined Fox News and TNT among the Top 5 primetime networks, with Nickelodeon, TNT, Adult Swim and USA joining FNC in the total day category.