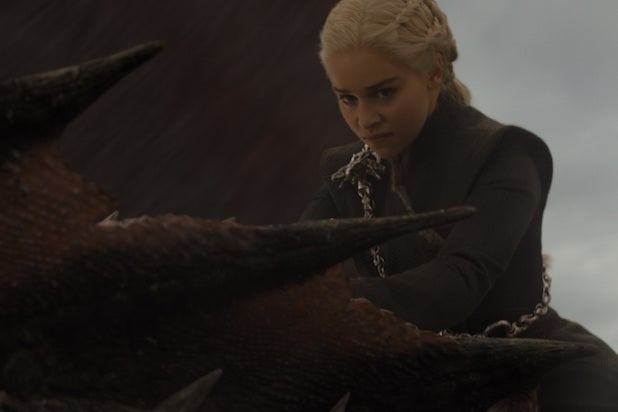 As every “Game of Thrones” fan knows, when Season 7 ended, Jon Snow (Kit Harrington) and Daenerys Targaryen (Emilia Clarke) were in the middle of a passionate (unbeknownst to them incestuous) sex scene, with Peter Dinklage’s character listening through her cabin door.

Yeah, Tyrion didn’t look good at all, and now the “GoT” star has revealed what he was thinking at that moment. “Keep it down over there, I’m trying to get some sleep!” Dinklage told Entertainment Weekly during a recent interview.

OK, seriously, Pete, what was going on in Dany’s advisor’s head at that moment?

“No, ah, it’s complicated…” Dinklage added. “A lot of the time with Tyrion, it’s professional and personal. Obviously, he has feelings for Daenerys. He loves her — or thinks he does. She’s awe-inspiring. He’s questioning that because he doesn’t have a good track record for falling in love. There’s jealousy wrapped up in there.”

“And he loves Jon Snow, too,” he continued. “They’re the two people he has the most in common with, in a way — they’re both outsiders in their own families who have refused to follow the path their family has taken, and hopefully for the better. He’s wondering how smart of a move [Jon and Dany getting romantically involved is], because passion and politics don’t mix well. He knows the two of them getting together could be very dangerous.”

Also Read: 'Game of Thrones' Star Nikolaj Coster-Waldau on One Thing He Won't Miss About the Show

Oh, just you wait until “Game of Thrones,” eighth and final season premieres in the first half of 2019 — then we’ll see how Tyrion, Jon and Dany take it when they find out the lovers are related.

Get your very first look at Season 8 here.