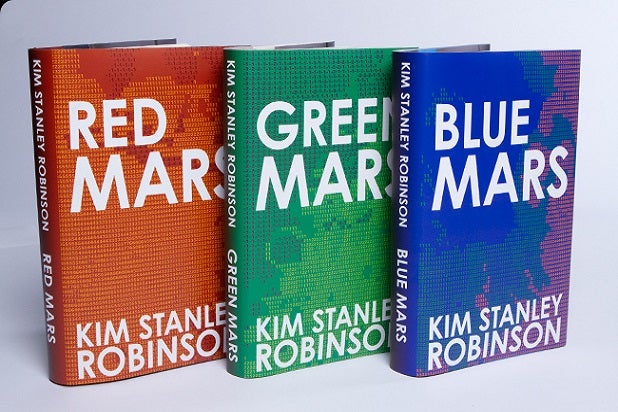 Vince Gerardis is moving from Westeros to Mars.

The trilogy, which has received Nebula and Hugo awards, explores the colonization and transformation of the red planet.

“This series shines a light onto many views of what it means to be human — and asks if can we sustain our humanity under incredible duress,” Spike TV’s executive vice president, original series Sharon Levy said. “We are thrilled to partner with such an accomplished producer as Vince Gerardis to tell this incredible and thought-provoking story.”

Gerardis, who also served as executive producer on the ABC series “FlashForward,” added, “There are many homes for large canvas television these days. It inspires me that Sharon has offered her network as home for this and provided a canvas for me to bring the world created in these books to the screen.”

Robinson will consult on the series.

Though traditionally known for reality fare such as “Bar Rescue,” Spike TV has been heavily pursuing scripted programming recently. The network will premiere “Tut,” its first scripted series in seven years, in 2015, and has optioned “The Crusaders” from Pierce Brosnan‘s company Irish DreamTime, Mark Sennet Entertainment, Michael Finch and writer David Franzoni.