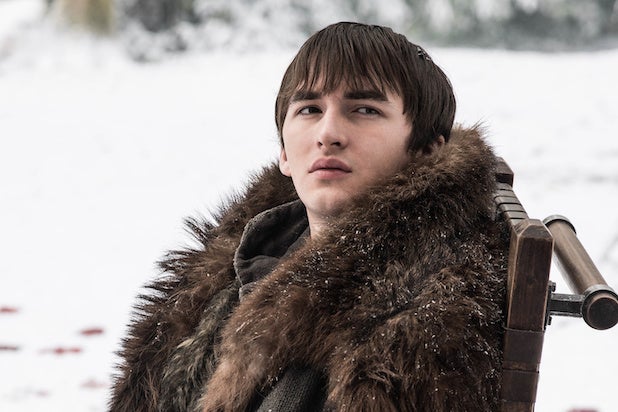 The second episode of the eighth and final season of “Game of Thrones” scored 15.9 million multiplatform viewers on Sunday, according to HBO. And while that overall-audience figure posted by Episode 802, titled “A Knight of the Seven Kingdoms,” rivals the (former) size of The Wall, it is down 9% from the one the week-ago Season 8 premiere racked up.

On April 14, the Season 8 premiere of “Game of Thrones” pulled in 17.4 million multiplatform viewers, setting a new series record and accounting for “the largest night of streaming activity ever for HBO,” per the pay-TV channel. The premiere, titled “Winterfell,” claimed that viewer tally when combining linear data, as well as that from HBO Go and HBO Now platforms.

It should be noted the viewer data for Episode 802 includes only two airings of the episode, compared to last week’s three airings, as the third airing this Sunday was too late to be counted, per HBO. Also, it aired on Easter Sunday, which is generally a sluggish primetime overall.

The Season 8 premiere came in ahead of Season 7’s in terms of linear viewers — as that “GoT” installment hauled in 10.1 million overall sets of eyeballs in the “live” metric — but behind the seventh season’s finale, which earned 12.1 million viewers.

Speaking of the Season 7 finale, which aired way back on Aug. 27, 2017, that episode was the previous record holder for multiplatform viewers, growing to 16.9 million viewers when counting Go/Now and same-night reruns, according to HBO.

Also Read: 'Game of Thrones': We Got a Dang Ghost Sighting This Week!

HBO penetrates about one-third of U.S. homes and the premium cable channel was dropped by Dish at the end of last year. So putting up these numbers (both HBO’s versions and Nielsen’s) for a show that isn’t as accessible as those on broadcast and basic cable is very impressive.