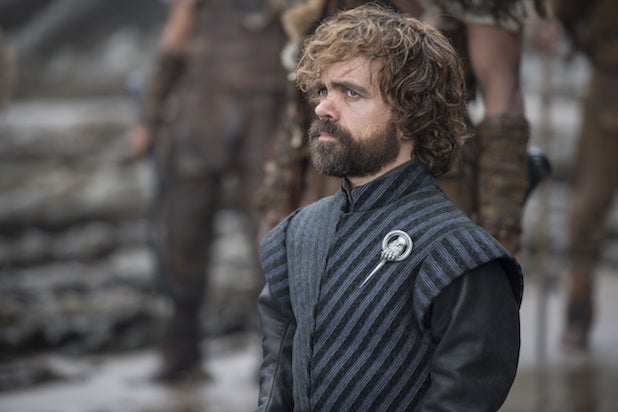 Brace yourselves, Halfman fans, because Tyrion Lannister may be one of the remaining “Game of Thrones” characters who doesn’t make it out of the series alive.

In an interview with Vulture published Monday, the “My Dinner With Herve” star revealed just how he felt about where his character was left come the end of the eighth and final season of David Benioff and D.B. Weiss’ HBO fantasy series.

And when he was asked to do so “without giving anything away,” he may (or may not) have given a lot away.

“I feel very, very — I’m trying to find the right word,” Dinklage said. “I think he was given a very good conclusion. No matter what that is — death can be a great way out.”

Also Read: 'Game of Thrones' Star Reveals What He Was Thinking During THAT Season 7 Finale Sex Scene

Interviewer David Marchese noted that: “I took what Dinklage was saying here not as a suggestion that Tyrion dies, but rather his attempt to leave open the possibility that the character might meet that fate.” So, looks like you get to make of that statement what you will until the remaining episodes of “Game of Thrones” air in the first half of 2019.

As for how Dinklage felt about actually filming his final scenes as Tyrion, that part was rather “anticlimactic,” as the actor says every character’s last day “always” is.

“Nothing is shot chronologically, so you don’t get some big mountaintop scene or anything,” Dinklage said. “It’s just, ‘That’s a wrap on Peter Dinklage.’ But as anticlimactic as it was, my last day was also beautifully bittersweet. A lot of people whom I love were on set that day. Even if they weren’t working, they came to set, which was beautiful. I tried to do the same thing when other [‘Game of Thrones’] actors were wrapping out.”

Also Read: Sophie Turner Says 'a Lot' of 'Game of Thrones' Fans Will Be 'Disappointed' by Series Finale

“If it was their day, you would go to set to say good-bye,” he continued. “It was really hard. I won’t say their name or their character’s name, but one of the young people on the show wrapped this past season and everybody was a wreck. This person had grown up on the show, you know? They were a child and now they were an adult. And then they’re done.

“It’s like we were witnessing this person saying good-bye to their childhood,” he said. “I know ‘Game of Thrones’ is just a TV show, la-di-da, but it was our life.”

You can read what Dinklage previously said about Tyrion’s arch in the final season here.

“Game of Thrones” eighth and final season will premiere in the first half of 2019 on HBO.