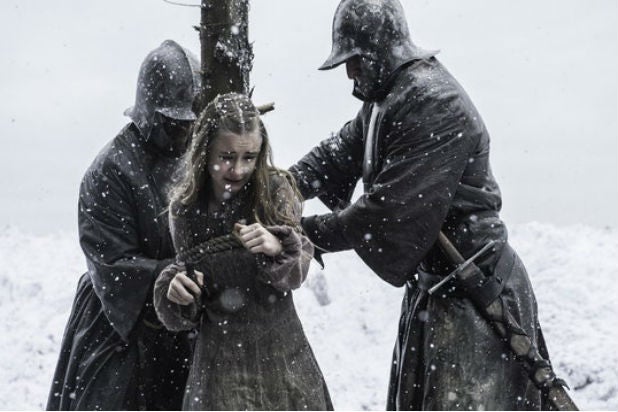 Warning: “Game of Thrones” Spoilers ahead

Kerry Ingram, who played Shireen Baratheon on the HBO show, reminded fans of an extremely traumatic scene from in one funny picture posted on Twitter (below).

Ingram uploaded a picture of herself at a family BBQ in front of flames from the grill, accompanied by the caption “Oh ffs not again.” In season 5, Shireen is burned at the stake on the orders of her father Stannis, as he believes doing so is necessary to complete a magic ritual that will allow him to become king of the Seven Kingdoms.

Fans were upset with the picture, as Shireen was one of the only truly innocent characters on the show, making her death particularly troubling. One fan commented, “TOO SOON [sic].”

Ingram posted an apology not long after, saying, “Sorry guys, I’m at a BBQ with friends and family and couldn’t help it. Just my sense of humour so sorry if you thought it was too soon.”