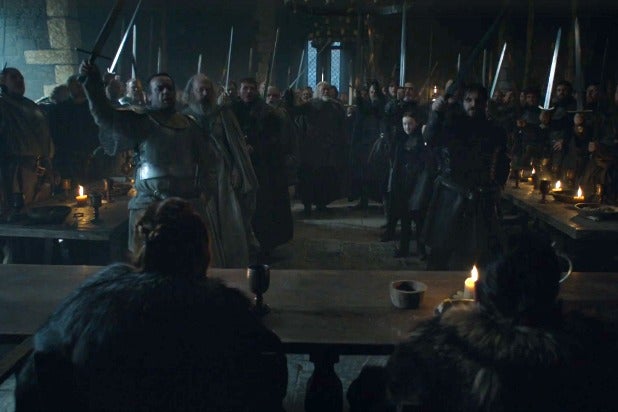 (Watch out: You should 100 percent not read this if you haven’t seen the “Game of Thrones” season 6 finale.)

It’s over. After ten long and very violent episodes, the sixth season of “Game of Thrones” has sadly come to a close. Now we have nearly a year to ponder what could be next for the huge ensemble cast and the rest of the people of their world, as the stakes continue to grow for those who have survived.

So let’s get to it. It’s time to pull back and look at the big picture. So much has changed in ten weeks. Some have solidified their power, others have lost it, others still have gone a bridge too far in their ambition, and many, many people have died.

So let’s take a look at who’s done what and who they did it to, and what all of it means for the future of Westeros and beyond.

A lot of power changed hands this year, and a bunch of brand new battle lines have been drawn.

Also Read: 'Game of Thrones' Shockers Leave Fans With So Much to Talk About

House Bolton’s brief control over the North from Winterfell came to an end when Jon Snow led an army of wildlings against the Boltons, Umbers and Karstarks — with some timely aid from Littlefinger in the form of the knights of the Vale.

After assembling the Houses of the North for a meeting at Winterfell, and thanks in large part to a rousing speech from Lady Lyanna Mormont, Jon Snow has been declared King in the North, with Sansa at his side.

Speaking of Sansa, Littlefinger told her of his true aspirations this episode: to take the Iron Throne, and have her as his queen. Sansa blew off the offer, though — and during the meeting of houses, Littlefinger directed a look at Sansa that indicates he’s not super enthusiastic about how all this is turning out for him.

Bran Stark, meanwhile, saw a new flashback this week that confirmed Jon Snow as the son of Lyanna Stark, rather than Ned Stark’s bastard. His father, almost certainly, was Rhaegar Targaryen — which would make him Daenerys’ nephew and an heir to the Iron Throne by blood. 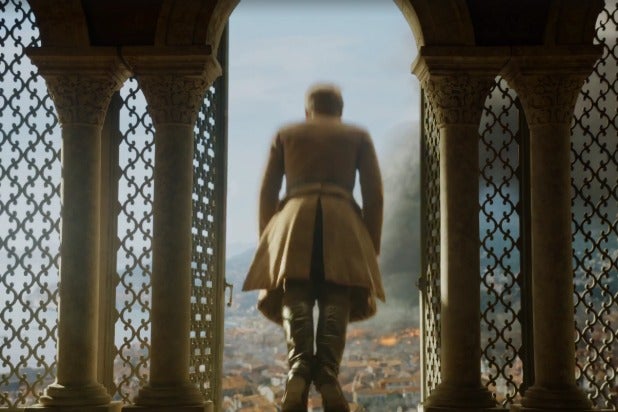 The capital of the Seven Kingdoms is in turmoil after Cersei blew up the Sept of Baelor with the High Sparrow, Queen Margaery and a whole bunch of other important people were inside.

They also lost another king, with Tommen jumping out a window and killing himself. Now Cersei sits on the Iron Throne as Queen with Qyburn and the undead Mountain at her side, and her brother/lover Jaime has returned as well — though what their relationship will be at this point is anyone’s guess.

Grand Maester Pycelle is also out of the way now, which means that the old guard is almost entirely gone. And with Cersei no longer having any children to try to protect, anything can happen.

The Faith of the Seven, meanwhile, has been cut off at the knees with the death of the High Sparrow and a bunch of its militant adherents. Will the Faith Militant return for righteous revenge?

In the finale and the previous episode, Daenerys built up quite a group of powers who will work with her to take down the Lannisters and anyone else who stands in her way.

She already had the Unsullied army, led by Grey Worm. In “Battle of the Bastards,” she took control of the fleet that belonged to the Wise Masters of Slaver’s Bay, and Yara and Theon Greyjoy pledged 100 ships of the Iron Fleet to her cause as well.

Also Read: 'Game of Thrones' Finale: How Many Ships Were in Daenerys' Fleet?

In Westeros, meanwhile, Dany finally has a major group of local allies.  Ellaria Sand, the paramour of the deceased Prince Oberyn, pulled a coup in Dorne by assassinating both the ruler of Dorne, Doran Martell, and his son Trystane. Now Ellaria rules Dorne, and she hates Lannisters.

Varys left Meereen a few episodes back to try to find allies for Daenerys, and it was revealed in the finale that he went to Dorne to deal with Ellaria. They seem to have made a pact. 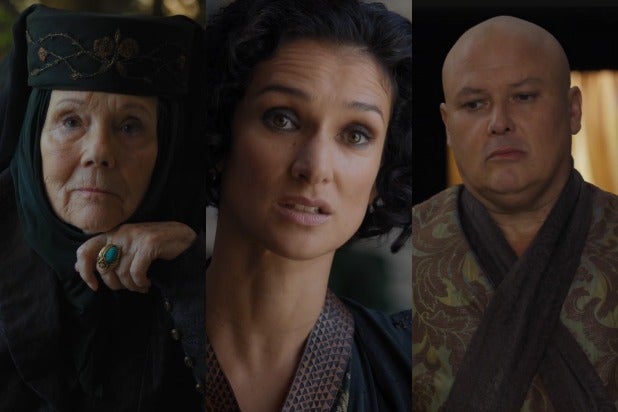 The final piece of this puzzle is Olenna Tyrell. Olenna’s son Mace and grandchildren Margaery and Loras were killed in the explosion of the Sept in King’s Landing, which means that House Tyrell is all but done for — the Queen of Thorns has no more heirs to carry on the name. In the finale, Olenna is in Dorne, meeting with Ellaria, who introduces her to Varys.

This is not an insignificant alliance –the Tyrells have the second largest army in Westeros.

Not all of Daenerys’ friends are making the trip to Westeros with her. Daario Naharis and his mercenary company, the Second Sons, have been left behind in Meereen to help keep order.

Or at least that’s the official reason he’s staying behind. Daenerys, on Tyrion’s advice, didn’t want to bring her lover along because his presence could limit her chance to forge an alliance through marriage. So Daario got dumped.

Also Read: 'Game of Thrones': Who Will Be Daenerys' Husband? (Photos)

Arya Stark took out Walder Frey and seems to be operating on her own. Will she join her sister and brother in the North, or continue an assassination spree?

Bran Stark and Meera Reed are still north of the Wall, but they’re heading back down south. Where will they go next, and what will Bran’s new role as the Three-Eyed Raven mean going forward?

Jorah Mormont has been gone for several episodes after Daenerys ordered him to cure himself of greyscale.

The Brotherhood Without Banners is still roving the Riverlands fighting their own war against whoever’s around for the sake of the peasantry — and they might have a new weapon in the form of the Hound, who was last seen in their company.

Sam and Gilly finally made it to Oldtown, with the House Tarly Valyrian steel sword in tow. Sam now has a billion books to read.

House Frey is in turmoil after the death of Lord Walder. They’d been pledged to the Lannisters, but that might be up in the air given recent events.