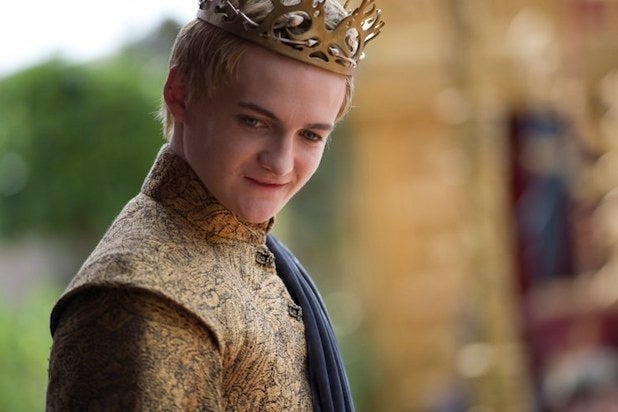 “Game of Thrones” finally killed the right guy for a change, and fans from all walks of life couldn’t be happier, including those who work in Hollywood.

“Pitch Perfect” star Anna Kendrick, “It’s Always Sunny in Philadelphia” actor Rob McElhenney, chart-topper Josh Groban and others joined thousands of fans on Twitter to say farewell to one of television’s greatest villains, King Joffrey Baratheon, who was poisoned to death rather gruesomely on the hit HBO series’ most recent episode.

Just watched Game of Thrones and now I’m in a GREAT mood. Who wants shots?!?!?

My sweet beloved has been ripped from me. Beefcake, warrior, king. RIP #GameOfThrones

King Joffrey: one glass of one too many. See you later, you sadistic little punkass.

Come on, guys, it’s been in the books for 15 years or so, and the episode ran tonight.

Another spoiler: Romeo and Juliet die in Act 5.

King Joffrey is a light weight. Dude got faded after two glasses of Merlot. #GameOfThrones

Tonight’s #GameOfThrones made me an accessory to murder. I’ve never cheered on a death with so much fervor in my life.

I hope nothing happens to Joffrey I love him

Hey Joffrey, everyone knows you're not supposed to get "choked up" at your own wedding

Looks like GRRM made fans happy for once, that's about as rare as seeing a living and breathing dinosaur