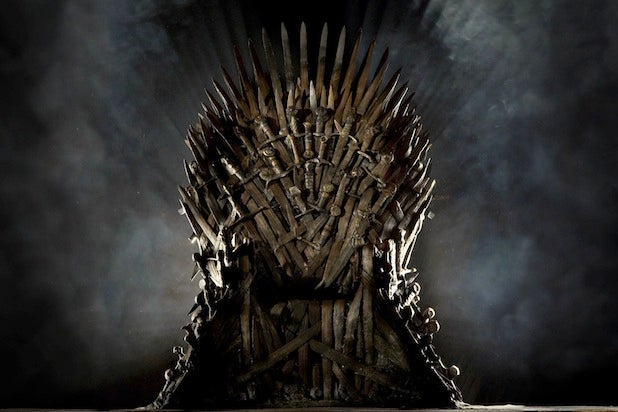 (Spoiler warning: Don’t read this if you don’t want to know what happened on Sunday’s “Game of Thrones.”)

Initial reaction from this and other “Game of Thrones” devotees: Yeah, they did it right.

Sunday was a night when fans of the show (TheWrap’s Tim Molloy, for one) could rejoice at what we were seeing onscreen, even if that joy made us all feel a little dirty.

Also read: ‘Game of Thrones’ Shocker: Is It Wrong That I Really Enjoyed That?

And that joy is a different feeling for “Game of Thrones” aficionados, who are accustomed to recoiling in horror when a major character is killed off. We did it in the first season when Ned Stark, whom seemed to be the hero of the whole saga unless you’d read George R. R. Martin‘s books, was beheaded.

And boy did we do it near the end of last season, when Ned’s wife Catelyn and son Robb were butchered while attending the instantly-legendary Red Wedding.

But Sunday night was different, because – spoiler alert – Joffrey is dead. After three seasons of being a petulant, sadistic, vain, stupid, cowardly, brutal little despot – after going against a deal and ordering Ned Stark’s beheading, after ordering his teenage bride-to-be stripped and beaten by his henchmen, after doling out various humiliations and brutalities simply because he wanted to and he could – he was poisoned by person or persons unknown at his wedding.

(An aside: This series makes a pretty persuasive case that if you live in Westeros, stay the hell away from weddings.)

Joffrey’s death was the “Game of Thrones” moment of truth simply because of what it represented – the death of somebody that we really, really wanted to see dead – and because of how rare that is in the vast, vivid universe that Martin and showrunners David Beniof and D.B. Weiss have created.

For the most part, “GOT” has made its reputation killing people we want to see live, people we like. Those moments were wonderfully startling, and they set the show apart from most everything else on televison – but let’s face it, it’s easy to shock viewers when the good guys unexpectedly get their throats slit or their heads chopped off.

When was the last time that the “Game of Thrones” body count included somebody we were happy to see go? Assorted villainous Lanister henchmen bit the dust at Blackwater, but that hardly counts. We despised the slave traders who were done in by Daenerys’ dragons last season, but we didn’t really know them very well. The daughter-raping Craster was a nasty piece of work who wasn’t exactly mourned, but he didn’t feel like a major character either.

For my money, you’d have to go back to season one, when Khal Drogo crowned the loathsome, sister-pimping Viserys Targaryen with a pot of molten gold, to find a demise so eagerly desired – and even that one wasn’t in Joffrey’s league.

So Joffrey’s end had to be good; it had to fulfill three season’s worth of viewers’ longings to see the kid go down. But could his death possibly be as satisfying as Ned’s death or Robb’s death was shocking?

I wondered about this way back in the first season, when I wrote that Jack Gleeson’s portrayal of Joffrey was so indelible that “if he gets his comeuppance on screen the way he does in George R. R. Martin‘s books, it will be wholly unsatisfying. Listen up, showrunners David Benioff and D.B. Weiss: You need to come up with a proper sendoff for the little s—.”

The prospect was worrisome and the challenge huge because in the book “A Storm of Swords,” the scene is quick and inconclusive: two pages,  a rush of action with no idea of who’s responsible and no sense of what, if anything, was being avenged. It conveyed, of course, exactly what author Martin wanted to convey, from the abrupt end to the lingering mystery – but could it possibly be impactful and fulfilling enough onscreen to serve as a fitting end to that character?

So I watched this week’s “Game of Thrones” knowing what was coming (the spoiler concept kind of goes out the window if you’ve read the books) and wondering if they’d pull it off. One sign that everybody knew how important this was came when it turned out that Martin himself wrote the episode, something he does only rarely, and always for pivotal episodes.

And in the end, it happened on the screen pretty much the way it happens in the book – but damned if it wasn’t satisfying that way.

Maybe my imagination is lacking, because seeing Joffrey cough and froth and collapse had an impact that outstripped reading about it. We’d grown so accustomed to Gleeson’s smug little face grinning at his various acts of villainy that watching that same mug in its death throes packed a real clout. (The trickles of blood from the corners of his mouth didn’t hurt.)

And while we don’t know who did it, which means we don’t get the kick of seeing one of our heroes exult in his victory over the hated foe, that kind of cheap thrill somehow wouldn’t feel right for “Game of Thrones.” A puzzle that will play out over the next season or two – that’s what this show is all about, and I imagine it’ll provide a nice little narrative drive to a lot of those whispered conversations in the alleys and back rooms of King’s Landing.

Besides, there were enough hints dropped on Sunday night, enough lines that could turn out to be significant, that the delicious guessing game has already begun. (We can all agree that Tyrion’s too obvious a target, right?)

So for now, “Game of Thrones” has come to its moment of truth, and nailed that moment. They gave the little s— a proper sendoff. More deaths (of people we don’t want to see die) no doubt await, so let’s savor this one while we can.