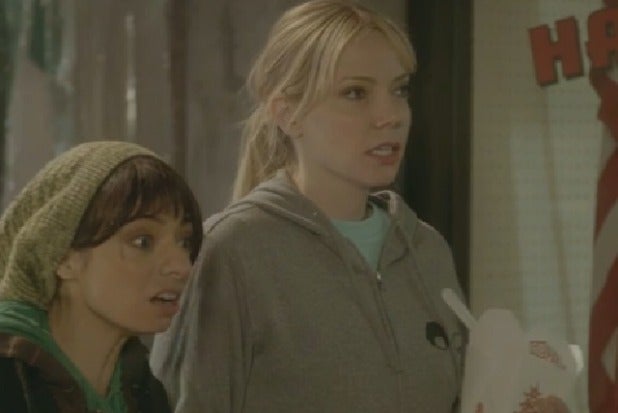 In a special online preview of IFC’s new “Garfunkel and Oates,” the musical-comedy duo of Riki Lindhome and Kate Micucci decide to perform a social experiment to see if men are more attracted to women who don’t speak.

Inspired by a friend’s silent girlfriend — and the “The Little Mermaid” — the pair go on a double blind date in which they don’t say a word. A tour de force of silent acting ensues.

It isn’t long before Lindholme’s date (T.J. Miller of “Silicon Valley”) not only falls hard for her, but opens up and apologizes for not talking enough himself.

The show, the first season of which is directed and executive produced by Fred Savage, premieres Thursday, Aug. 7 at 10/9c. But a special 15-minute version of the premiere will air this Thursday night at 10:30/9:30c, after the “Maron” Season 2 finale.

The silence experiment takes place in the third episode, airing Aug. 21. Or you can just watch the episode here: