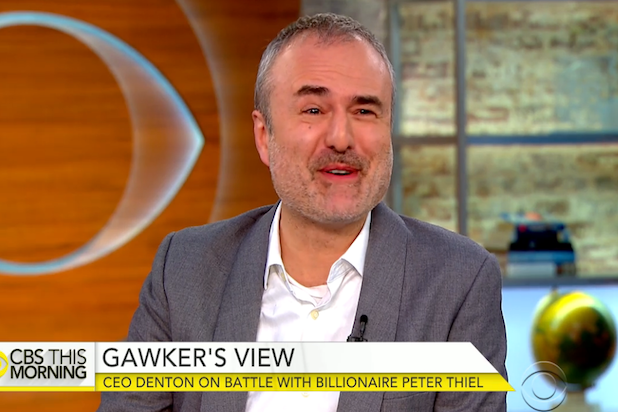 Gawker founder Nick Denton “will have no future involvement” once the blog network completes its sale to Univision according to the Wall Street Journal.

On Tuesday, Univision won the auction for Gawker Media with a winning bid of $135 million. A hearing to confirm the bid is set for Thursday and then a bankruptcy judge will have to approve the deal before it is made official.

Citing a person familiar with the arrangement, WSJ said Denton lost control of his company, which is obviously true for now. However, CNN’s Brian Stelter is among a number of media pundits who have openly pondered whether Denton will look to regain control at some point.

Univision will take on all of Gawker Media’s sites, which include Deadspin, Lifehacker, Gizmodo, Jalopnik, Jezebel, Kotaku and flagship Gawker.com. If the deal is approved as expected, the company will assume ownership of Gawker after placing the only other bid for the media company besides Ziff Davis’ $90 million stalking-horse stake. Univision will also owe a $2.47 million breakup fee to Davis.

In March, a jury awarded Hulk Hogan a total of $140 million after Gawker published portions of a sex tape featuring the wrestler and the then-wife of his close friend, Todd “Bubba the Love Sponge” Clem. After awarding Hogan $115 million in damages, the jury tacked on another $25 million in punitive damages.

Gawker filed for bankruptcy following the judgment, which has also impacted the personal finances of Denton, who recently filed for Chapter 11 bankruptcy. However, Gawker has filed an appeal regarding the Hogan judgement and if Denton is successful, he could have the cash necessary to make an offer for his prized Gawker.com, while Univision would keep all of Gawker Media’s other assets.