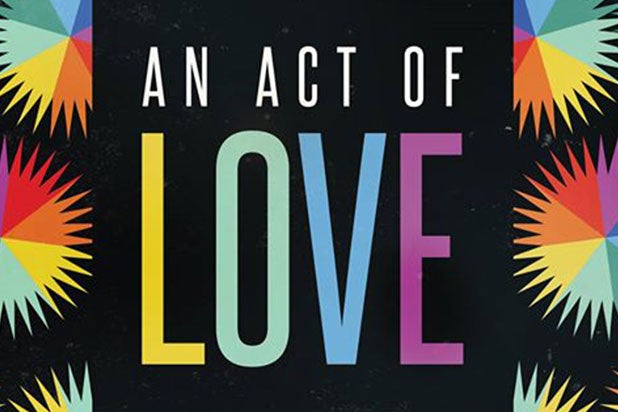 The story of Methodist pastor Frank Shaefer, who was defrocked after officiating his son’s same-sex wedding, made headlines in 2013. Now, with the nationwide legalization of same-sex marriage, Scott Sheppard highlights the rift the issue has created in the United Methodist church in his new documentary “An Act of Love.”

Although the pastor has since been reinstated, producers Pauley Perrette and Mike C. Manning are bringing the movie to Northern California’s Mill Valley Film Festival on Oct. 9 with the intent of getting the movie seen by as many people as possible, to spread awareness of the issue.

“The United Methodist Church is the second largest protestant denomination in the country and it’s still sharply divided on the issues of accepting the LGBT community,” said Manning. “Although we have made strides in the LGBT community, for full equality, I do think that we still have a ways to go.”

The team of “An Act of Love” plans to bridge that distance by presenting a story with which everyone can relate.

“Although 76 percent of people nowadays of the younger generation support marriage equality, there is still a large number of people that don’t,” Manning continued. “We just saw the potential to use Frank’s story as a father loving his son and such a simple story to highlight the greater issue and the greater conversation with the United Methodist Church.”

Perrette, best known for her role as Abby Sciuto on CBS series “NCIS,” is a civil rights activist and took a personal interest in the story even before the film began production in 2013. In fact, she was there when Schaefer spoke at the Hollywood United Methodist Church in January, 2014.

Shaefer never had any intention of getting involved in Church’s gay marriage controversy until his son Tim began to struggle with his sexual orientation. Feeling uncomfortable in his hometown of Lebanon, Pennsylvania, he moved to Boston, where he met his future husband. They were married in a private service that Frank officiated.

Six years later, mere weeks before the statute of limitations lapsed, someone at the United Methodist Church reported the incident, and the Church gave Schaefer a choice: either promise to never officiate a same-sex wedding again, or forfeit his credentials as minister. For Frank, the choice was clear, and he was defrocked.

Then, he undertook a six-month speaking tour at churches and rallies around the nation, hoping for reinstatement while simultaneously stumping for reform.

“It’s just a really great example of what can happen to a kind and humble man,” said Perrette. “It’s just fascinating and heartbreaking and everything at the same time, to see him get wrapped into this. He didn’t plan to be an activist — he just loved his son.”

Sheppard and his producers received letters from “people that are less-than-thrilled” about the documentary, and the film team is aware that it might spark controversy. But they say the film presents the whole argument.

After it opens at Mill Valley, the producers plan to “get this in front of as many eyes as possible, and take the message and use it within the Church community.” After hitting several film festivals, Manning and Perrette will campaign to screen it within the Church.

“I think it’s absolutely a movie that can and will evoke change,” says Perrette. “It’s such a simple story but it’s so impactful. Oftentimes, the most impactful things come from something as simple as this.”