No stranger to satire, Marc Shaiman has written music for "When Harry Met Sally…," "South Park: Bigger, Longer & Uncut" and "Team America: World Police." He also wrote last fall’s Webby-winning "Prop 8: The Musical," starring Jack Black, Neil Patrick Harris and others. A self-professed Bruno fan from when the character appeared on HBO’s "Da Ali G Show" – and gay himself — he has only seen clips and trailers of the film, but he worries that on the big screen it’s going to give audiences a very skewed view of homosexuality. 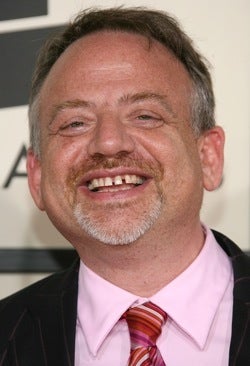 You haven’t seen "Bruno" yet — why are you worried about what may or may not be in the movie?
It could be a double-edged sword in terms of satire. There is a no-holds-bar type of humor around now, and "Bruno," from what I have seen and heard, reflects that. The majority of Americans are not going to be feeling a twinge of self-realization when they watch the movie — they’re not going to be able to get that subtext. I fear they’ll be laughing at the over-the-top queen — not at the people Sacha is trying to satirize.

His one character does not represent the mainstream of the gay community, but millions of people can get the impression he does — and that can be dangerous.

Why dangerous?
The satire is so "real," that what he is trying to say may get lost — especially if he is trying to point out homophobia with extremes. With all that’s happened with Prop 8 in California, it is an unfortunate time to have to roll with the punches in such a big mainstream movie. Anyone could react to such an over-the-top character with inappropriate behavior.

And perhaps it is also just funny?
Sure, I’ll probably laugh my ass off. But it reminds me of these magazines you’d find in doctor’s offices all the time — Highlight magazine — and you had to find something, a hat or a shoe or something, in a picture. That’s my concern here.

"Borat" was easier. With "Bruno," you’ll have to look so hard for Sacha Baron Cohen’s satire, you’ll never find what you should be looking for.