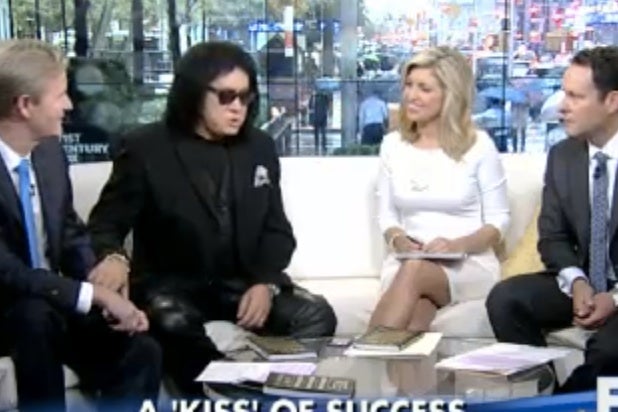 Gene Simmons is out with a new business advice book, and he pointed out the success of the “Fox & Friends” crew Wednesday morning.

“We all do cool stuff for a living and we enjoy what we’re doing,” Simmons said on Fox’s morning show. “You get paid an enormous amount because Roger Ailes pays you very good salaries.”

Simmons went on to ask what the name of the high school course was that prepared the hosts for being on TV.

“You know what helped me in high school? Typing,” Doocy added.

“But there’s no course that’s called, ‘How to be Steve Doocy on TV,'” Simmons responded.

After watching the clip, you’ll surely be wiser in the world of business, ready to get out in the world and strike it rich.