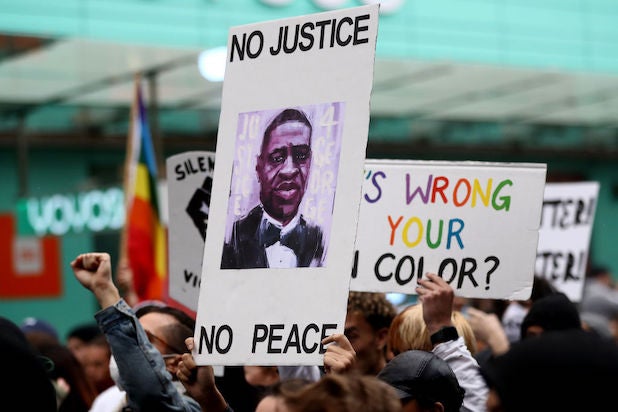 An independent autopsy conducted at the behest of George Floyd’s family has ruled his death was “homicide caused by asphyxia due to neck and back compression that led to a lack of blood flow to the brain.” But hours later, the Hennepin County medical examiner said the cause of death was a heart attack while noting that the “manner of death” was a homicide.

The widely differing results come after the county medical examiner previously said “underlying health conditions” could have contributed to Floyd’s death and that there were “no physical findings that support a diagnosis of traumatic asphyxia or strangulation.” The county’s findings released on Monday pointed specifically to Floyd’s heart disease and fentanyl and “recent methamphetamine use” as other “significant conditions.”

But the independent medical examiners who conducted the other autopsy found that “sustained pressure on the right side of Mr. Floyd’s carotid artery impeded blood flow to the brain, and weight on his back impeded his ability to breath.” Additionally, “handcuffs and positioning were contributory factors because they impaired the ability of Mr. Floyd’s diaphragm to function.”

“What we found is consistent with what people saw. There is no other health issue that could cause or contribute to the death,” Dr. Michael Baden, one of the medical examiners who conducted the independent autopsy, said in a statement.

Floyd died after white officer Derek Chauvin, with Floyd pinned face-down on the ground, choked him with his knee on Floyd’s neck for nearly nine minutes, even after Floyd said that he couldn’t breathe. The incident was caught on video by a bystander. Chauvin has since been charged with third-degree murder and manslaughter.

Ben Crump, one of the attorneys for Floyd’s family, is now calling for a first-degree murder charge for Chauvin based on the new findings from the independent autopsy.

“What we know is this: George Floyd was alive before his encounter with Derek Chauvin and his fellow officers, and he was dead shortly after that,” Crump said. “The tragic cause of this death is incredibly clear, and we are fiercely committed to justice for his family.”