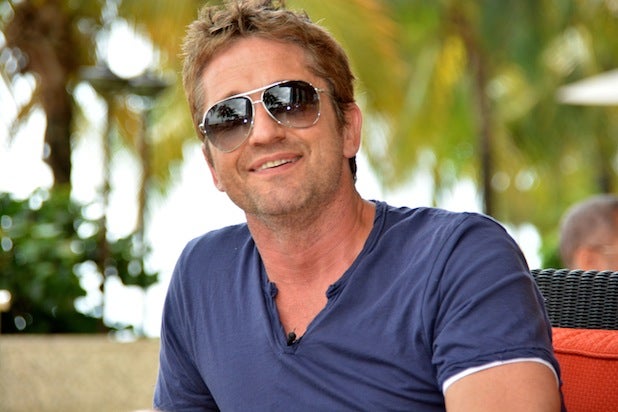 Gerard Butler has traded one heist film for another, as he has signed on to star in Relativity’s “Den of Thieves” just one week after falling out of Alcon’s “Point Break” remake, TheWrap has learned.

Christian Gudegast will direct from a script he co-wrote with Paul Scheuring.

Story follows a legendary crew of bank robbers who plan a heist in LA’s Federal Reserve under the nose of a rogue deputy.

Mark Canton is among the producers, while Butler will executive produce with Chris Bender and JC Spink.

It’s unclear when production will start, as Butler must wrap Alex Proyas‘ “Gods of Egypt” before he turns his attention to WB’s “Geostorm” and the “Olympus Has Fallen” sequel, both of which already have release dates.

Butler has been circling “Den of Thieves” for the better part of a year, though Relativity waited until Cannes to announce the project to help position it in the marketplace.