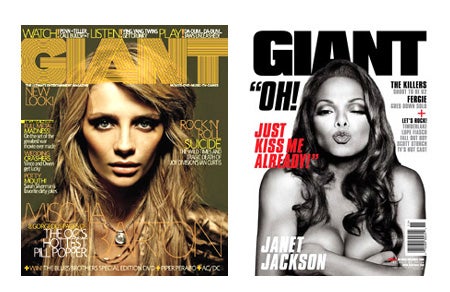 Giant – a magazine that seemed to have more shifts in focus, design and mission than issues in its relatively brief lifespan – has folded.

Its current publisher, Radio One, said Monday that the Giant brand will continue online as GiantLife.com. Radio One also owns BlackPlanet.com. Its final print issue – scheduled to be published on December 15 – will be its last.

“The economic downturn has had a tremendous impact on print media and we had to make the decision to suspend printing the publication,” Tom Newman, president of Radio One’s Interactive One division, said in a statement.

In the past year, the magazine – which had a circulation of about 300,000 — has been the subject of numerous sale and closure rumors – including one that seemed to have originated from a rival, XXL.

Giant founder Jamie Hooper launched the publication as a general men’s interest title in 2004 with a $10 million investment from his venture-capitalist father-in-law Mort Myerson.