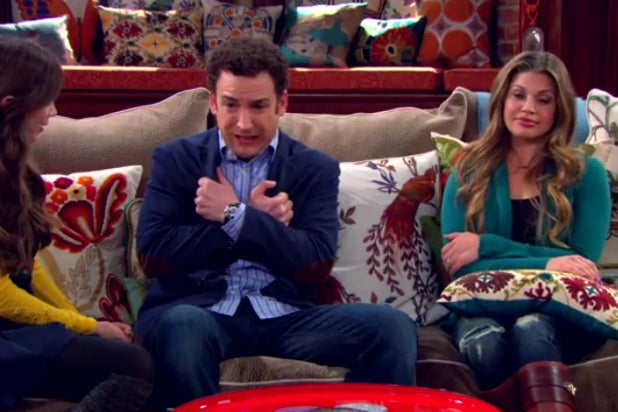 The sequel to “Boy Meets World” will debut on Fri., June 27 at 9:45 p.m., immediately following the premiere of Disney Channel original movie, “Zapped.”

In the new version of the coming-of-age sitcom, Cory (Ben Savage) and Topanga (Danielle Fishel) are the parents of the titular “girl,” Riley (Rowan Blanchard). But not only is Cory “Dad” to Riley, he’s also “Mr. Matthews,” her 7th-grade teacher.

Disney Channel original movie “Zapped” follows Zoey Stevens (Zendaya), who discovers that her dog-training cell phone application can actually control the males in her life — something she desperately needs.

The magic-app lead-in to “Girl Meets World” debuts at 8 p.m.