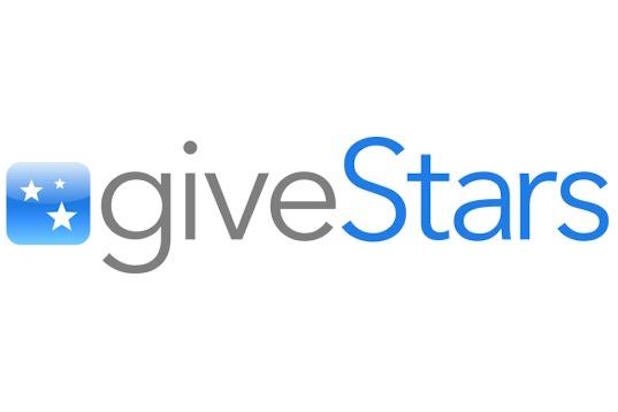 Celebrities are lining up en masse to be involved with giveStars, a personalized audio greeting card company that connects fans to the stars they love and donates 100 percent of its profits to charitable causes chosen by the artists.

After consulting with Chance Barnett, the CEO of Crowdfunder.com (where the campaign is headed next), the giveStars team launched its unique product on Indiegogo and raised its initial goal of $50,000 from over 1,000 backers more than two weeks before the end of its campaign. The company has already sold 2,000 audio greeting cards, though they aren’t expected to arrive for months, as the personalization process takes time.

Due to the success of its crowdfunding campaign, giveStars qualified for Indiegogo’s new “In Demand” section, which allows projects/products to live on the site past the end of a campaign, effectively turning the site into a storefront for a limited time. The perks disappear at that point, but the giveStars greeting cards are still available to order for $15 dollars each, with discounts available for multiple orders.

With no PR company and no major press of any kind, giveStars has garnered a large, passionate following on social media. It has amassed more than 5,000 engaged followers on Twitter in just two months as well as nearly 4,000 likes on Facebook, nearly 1,500 followers on Instagram and more than 13,000 views on its official YouTube page. Those who have promoted giveStars on social media include Aaron Paul, Justin Timberlake, Nathan Fillion, Kate Bosworth, David Boreanz, Nikki Reed, Nicole Scherzinger, Jillian Michaels, Chuck Liddell, Russell Peters and Rosario Dawson.

Paul already surprised three fans by showing up at their doorstep with the first three giveStars cards ever made, while “Lone Survivor” author Marcus Luttrell has encouraged his followers to send cards to soldiers who may miss their friends and families while serving overseas.

“When I met my wife and her kids, I knew that I did not want to just move forward with a selfish comedy career in Hollywood, but rather I then knew I wanted to ‘give back’ to people while having a selfish comedy career in Hollywood. I’m kidding, but I always knew that I wanted to put my best philanthropic foot forward and continually challenge myself to use my resources in a positive way that could change the world for the better,” said Stone, who grew up admiring Paul Newman and Bono for their charitable efforts as well as their artistic endeavors.

“With the relationships my partners and I have within the entertainment industry and our desire to give back for our blessed lives, we think giveStars is a cool way to share the love between people and raise massive awareness and funds for causes closest to our celebrities’ hearts.  I look forward to seeing how these charities create a better world for all of us to live in,” said Knoll.

“I am really excited about helping bridge a new kind of interaction from fans to their favorite celebrities and seeing that awesome interaction simultaneously create awareness and funds to causes in need. It’s such a unique win/win/win situation that I believe has the power to exponentially grow into the possibility of tangible change in the world for good,” added Geare.

GiveStars has already been approached by entertainment companies, including MPH Entertainment, seeking to do a reality shows about the company, its causes and the celebrities behind them.

For more information about giveStars, watch the ad below. (The art used in this story was created by giveStars fans.)