GLAAD has weighed in on the reforms promised by the Hollywood Foreign Press Association (HFPA) to remake the embattled organization, saying the plans “do not go far enough” and GLAAD is demanding “more rapid change, real inclusion and true acceptance.”

“The HFPA reforms do not go far enough to ensure the organization as a place where historically marginalized communities–including the LGBTQ community–feel welcomed; especially not in time for meaningful change to take place before the 2022 awards season,” GLAAD President and CEO Sarah Kate Ellis said in a statement. “There is a lack of transparency and accountability which still has yet to be addressed. It’s not enough for the HFPA to just say that they are working towards having a certain number of Black members. It’s time for the HFPA and the Golden Globes to truly reflect the full intersectional diversity of Hollywood. GLAAD stands alongside the Time’s Up Foundation, Color of Change, and all those who are calling for further and more rapid change, real inclusion, and true acceptance.”

“Sadly, the list of ‘reforms’ adopted yesterday, and endorsed by NBCUniversal and Dick Clark Productions, are sorely lacking and hardly transformational,” Time’s Up CEO Tina Tchen said in a statement. “Instead, these measures ensure that the current membership of the HFPA will remain in the majority and that the next Golden Globes will be decided with the same fundamental problems that have existed for years.”

Similarly, a group of more than 100 Hollywood publicists have pledged to continue boycotting the HFPA despite the reforms.

On Thursday, the HFPA overwhelming approved a set of sweeping reforms. In the voice vote held over Zoom, 74 of the 87 members voted to approve a proposal that would increase its membership by 50% in the next 18 months, appoint professional executive leadership and hold new board elections this fall. Three members voted no, four voted to abstain and eight were absent, according to a knowledgeable individual. 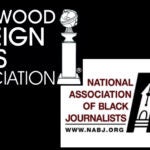 Earlier this week, the group pledged to increase membership by 50%, hold new board elections and hire professional executive leadership. The board asked for members to approve the new reforms; otherwise it would “take more serious measures, including but not limited to the Board resigning, if the membership does not timely approve and implement the below reforms.”

The HFPA has been under fire in recent months over its lack of any Black members — as well as its track record of snubbing movies and TV shows with Black creators — and deep corruption that drew backlash from the Hollywood community, prompting Time’s Up to demand an overhaul of the organization. In response to the backlash, the group hired a diversity consultant, USC professor Shaun Harper, to address “systemic” issues. But following a meeting with Time’s Up, Harper quit after he was confronted with the details of the HFPA’s problems. In addition, former HFPA president Philip Berk was expelled last month after sending an email to members with a post describing Black Lives Matter as a “hate movement.” The HFPA said it would announce a set of reforms by May 6. See the full list of reforms here.