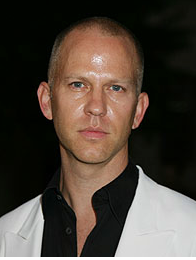 This is shaping up to be one ugly week for Newsweek writer Ramin Setoodeh, with "Glee" creator Ryan Murphy calling for a boycott of the magazine.

The reason for Murphy’s ire is Setoodeh’s recent essay "Straight Jacket," which argued that openly gay actors have a hard time playing heterosexual roles. As evidence, the writer cited out actor Sean Hayes’ performance as a straight man smitten with Kristin Chenoweth in the current Broadway revival of "Promises, Promises."

On Friday, Chenoweth leapt to Hayes’ defense, writing "This article offends me because I am a human being, a woman and a Christian. For example, there was a time when Jewish actors had to change their names because anti-Semites thought no Jew could convincingly play Gentile."

Today, it got even worse. Murphy (left), demanded that Newsweek respond to the criticism. In a passionate screed, Murphy wrote, "This article is as misguided as it is shocking and hurtful…But what is the most shocking of all is that Newsweek went ahead and published such a blatantly homophobic article in the first place…and has remained silent in the face of ongoing (and justified) criticism."

Murphy was joined in his cause by the Gay & Lesbian Alliance Against Defamation (GLAAD). President Jarrett Barrios released a statement calling for an apology from the magazine and revealing that his organization was in discussion with Newsweek to provide space to air views that contradict Setoodeh’s. 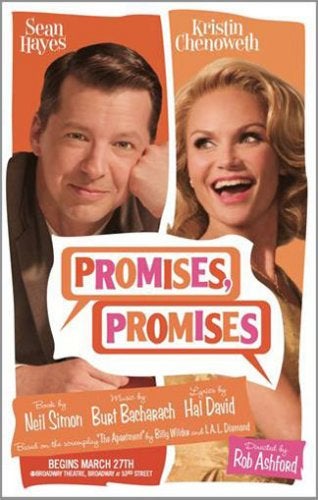 "Since the article’s publication, Setoodeh has attempted to reframe his opinion piece as an analysis of the lack of gay men in leading roles, however, he continues to posit that gay male actors are not believable," Barrios wrote. "Whatever Setoodeh’s intentions or beliefs, Newsweek is ultimately responsible for having published this deeply problematic essay and consciously or not, promoting and encouraging Setoodeh’s discomfort."

Neither Newsweek nor Setoodeh returned requests for comment. However, the author, who is gay himself, wrote in a follow up piece on Monday that his impolitic views had left him subject to "vicious attacks." He received angry emails, anonymous phone calls, and a creepy letter to his house.

The author seems to be in full on damage control mode.

Setoodeh’s original article pulled no punches, asking "If an actor of the stature of George Clooney came out of the closet tomorrow, would we still accept him as a heterosexual leading man? It’s hard to say. Or maybe not. Doesn’t it mean something that no openly gay actor like that exists?"

But he’s been backing off from some of his more incendiary statements lately. In an interview with MSNBC, he tried to strike a more earnest note.

"When you don’t have a lot of gay actors playing straight, we’re not there yet," Setoodeh said. "I don’t think the article is homophobic. I think I wrote about something that a lot of people have thought about and it generated a lot of discussion."

As the angry missives from Murphy and Chenoweth show, that’s putting it mildly.