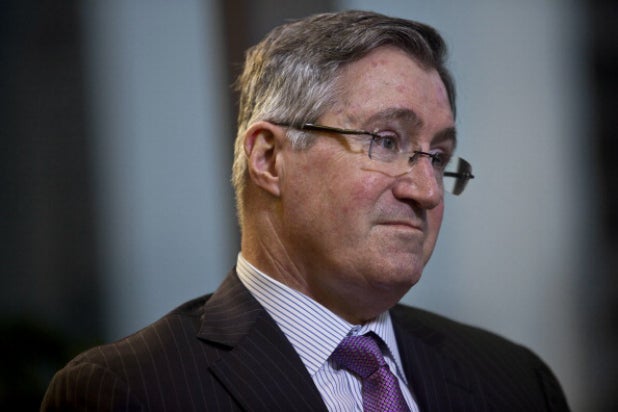 Time Warner Cable CEO Glenn Britt told his employees Tuesday that he has been diagnosed with cancer a second time.

The executive, who planned to retire at the end of the year before receiving his diagnosis, battled melanoma five years ago. At the time, he received a clean bill of health. That changed a few weeks ago.

“Unfortunately, as is the case with many cancer patients, the cancer has recurred,” Britt revealed in an internal memo sent to TheWrap.

Britt, 64, had an ongoing issue with his voice since mid-summer. After undergoing tests to determine the cause, the doctors determined that he once again has cancer.

Britt, who has begun treatment, said, “I feel good and am optimistic about my prognosis. I have no intention of letting this cancer slow me down, and will continue to work until my retirement at the end of the year.”

Also read: Time Warner Cable to Bring Ovation Back to Its Roster

Britt has been Time Warner Cable CEO since 2001, though is in the last few months of his tenure. The company had previously said in July that Chief Operating Officer Rob Marcus would become CEO and join the company’s board of directors as chairman starting Jan. 1.

“I am thankful that the transition to Rob was planned early, and was well underway before I got sick,” Britt commented. “The transition has been seamless so far and is nearly complete.”

His letter concluded, “Your well wishes mean the world to me, so thank you for all you have done and will continue to do to support me as I fight this illness.”