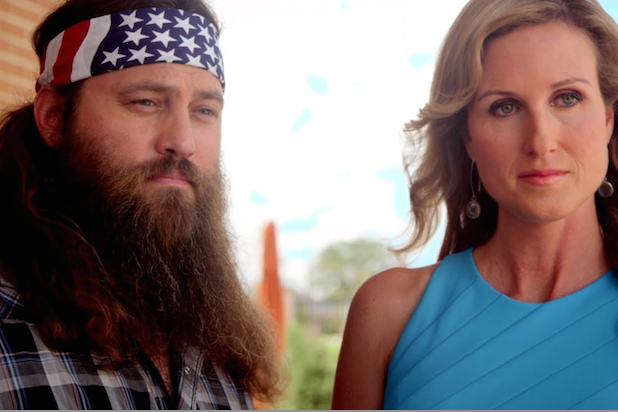 The astounding $9.2  million opening weekend of “God’s Not Dead” – the Christian indie movie no one had ever heard of –  wasn’t the result of divine intervention.

The indie that upended the establishment to become last weekend’s fourth highest grossing film on fewer than 800 theaters deployed one of the most sophisticated social media campaigns this year. It was a grassroots effort that helped the studio target and turn out sold-out crowds.

“Social media was critical with this,” Russell Wolfe, CEO of Pure Flix Entertainment, the company behind the $5 million film. “Ash is creative, he’s innovative, he came up with fantastic ideas and he was able to give a lot of value for the money.”

Greyson got results by drilling down into data, excavating not only Christians, but likely Christian moviegoers and then peppering them with promotional materials for the film. Greyson’s team went deeper, teaming with companies such as Pandora to identify people who listened to Christian music and particularly to the Newsboys, a Christian pop group featured in the film.

Greyson also segmented the audience into a series of buckets, based on their affinity for the eclectic film’s cast. It’s a list that includes Kevin Sorbo of the ’90s show “Hercules: The Legendary Journeys,” Dean Cain of “Lois & Clark: The New Adventures of Superman,” Shane Harper of the Disney Channel sitcom “Good Luck Charlie” and cameos by the Newsboys and “Duck Dynasty”s’ Willie Robertson. All of them boast large social media followings. Fans of those entertainers received targeted ads featuring clips or images from the film with their favorite performer.

“We created custom environments for all of these groups where people had nothing to do beyond buying tickets or sharing clips,” Greyson said.

When it came to choosing his online advertisements, Greyson told various platforms that he wanted their most disruptive products. Instead of banner ads, he asked for spots that started playing instantly or that stopped and restarted if a person took a break from using a service at mid-point.

It also meant shunning television nearly entirely save for a few spots on the popular Christian broadcast “The 700 Club” and on Up TV. Greyson believes that television spots are too broad, offering limited bang for the buck.

“We’re not buying a demographic, we’re buying a committed audience,” he said. “It’s all about peeling the onion.”

Greyson’s team has also worked on “Son of God” and other titles and came highly recommended to Pure Flix. However, his new bosses looked stunned during a meeting last summer when he promised he’d deliver 500,000 fans for the film on Facebook. He exceeded those projections wildly. A page for the picture currently boasts more than 1 million likes, and Facebook ads for “God’s Not Dead” have generated more than a billion impressions.

It’s a formula that Greyson believes is easily replicable, as long as companies are as bold as Pure Flix. Those who have worked with him, such as producer Seth Willenson, say they are stunned by its effectiveness.

“Ash Greyson’s analytical approach and judgement has allowed me to change the nature of social marketing with several of my clients,” he said. “It is a unique approach to motivating an audience for a call to action.”

But Greyson doesn’t want to stop with marketing. He’s talking to film clients about getting involved in projects at the script stage and beginning the social media conversation earlier to poll audiences members about everything from lines of dialogue to casting choices.

“We don’t want to damage the artistic integrity of a project, but we want to serve as a tie-breaker in any debate,” Greyson said. “That allows us to create a business plan around success. Otherwise you’re just gathering your money in the center of town and setting it on fire.”

Here’s one of those targetted clips: