The Hollywood Foreign Press Association is planning to still recognize the best in movies and TV and hand out awards for the Golden Globes in 2022, an individual with knowledge told TheWrap, even though a show will not air on NBC next year.

“The HFPA plans to recognize the performances of 2021 to celebrate the great work of the industry this past year at the 79th Annual Golden Globes,” an individual with knowledge close to the HFPA told TheWrap.

HFPA president Helen Hoehne and interim CEO Todd Boehly sent a letter to publicists and studios on Friday saying that they want to honor the work. The letter also outlined rules and regulations for submitting films and shows for the awards.

It’s unclear at present what format the awards and nominations be handed out for what would be the 79th Golden Globes.

The question of course is will anyone be willing to accept the Golden Globes if they’re handed out? After a Los Angeles Times article found that the HFPA had no Black journalists among its then 87 members, a group of publicists and studios all joined a boycott of the Globes until reforms were made.

Scarlett Johansson and Tom Cruise were among two stars who planned to “give back” their Golden Globe trophies in the wake of the news. And despite the recent wave of changes to the organization, there’s no word as to whether that boycott will lift.

The HFPA as part of its reforms since the boycott was first announced has hired Boehly as its interim CEO, elected a new board of directors, added a diverse group of 21 new members, recruited three non-members for its board of directors and even partnered with the NAACP to regularly review their diversity goals, among other steps.

It’s worth noting that in January 2008 after the Writers Guild strike, the Golden Globes canceled its awards show and announced its winners via a press conference, then returned the following year. 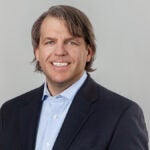