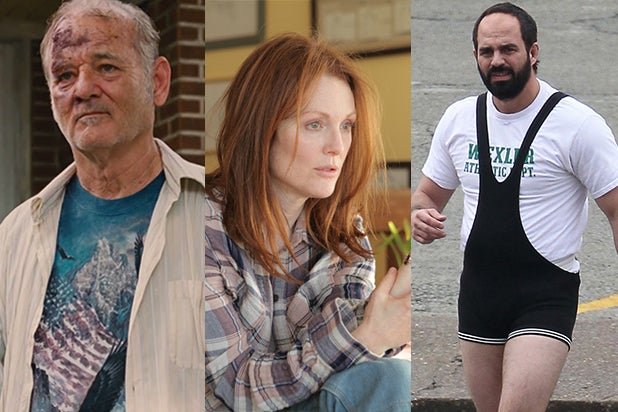 Now that the Hollywood Foreign Press Association has unveiled its 2015 Golden Globe nominees, actors Julianne Moore, Bill Murray and Mark Ruffalo had more than one reason to celebrate, as each star earned two acting nominations apiece.

Murray was nominated for Best Actor in the Comedy/Musical category for his rollicking lead performance in Ted Melfi‘s “St. Vincent” as well as his supporting turn in HBO’s “Olive Kitteridge,” in which he plays Frances McDormand‘s romantic foil.

Meanwhile, Ruffalo triumphed with a nomination in the Best Supporting Actor category for “Foxcatcher” as well as Best Actor in a TV Miniseries, as his turn as an AIDS crusader in HBO’s “The Normal Heart” moved grown men to tears.