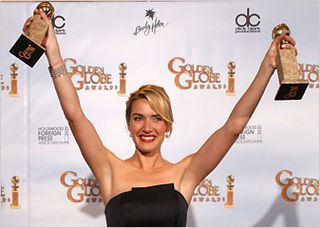 The Golden Globe awards may have recaptured their party spirit on Sunday after last year’s strike-induced cancellation, but by the end of the evening the awards flirted dangerously with national irrelevance – rewarding one small film seen by few moviegoers, and indulging long, earnest speeches by well-lauded celebrities.

“Slumdog Millionaire,” the raucous, inspirational tale of love from India, came the closest to being the star of the moment, winning Best Picture, Best Director for Danny Boyle, Best Screenplay for Simon Beaufoy and best score. The film was distributed by Fox Searchlight.

But the film won no acting awards, had no known movie stars in it and has taken in just $38 million worldwide.

The movies nominated for Best Picture have had a hard time connecting with audiences this year. Only one of the best picture nominees broke the $100 million barrier at the box office, “The Curious Case of Benjamin Button,” which won no awards. And only “Slumdog” seemed to win the hearts of Globe voters – those 85 or so foreign journalists and freelance writers who make up the Hollywood Foreign Press Association.

Whither Hollywood in 2009? With the industry no closer to finding a horse worth backing in the Oscar race, and the TV awards offering a replay of last year’s Emmys, with “30 Rock” and “John Adams” dominating, just as worrying was the lack of dramatic interest in the three-hour show in prime time on NBC.

For a moment, at least, it was interesting to watch Kate Winslet burst into tears over winning best actress and best supporting actress.

But as the ceremony dragged on, even Martin Scorsese presenting a lifetime achievement award to Steven Spielberg could not lift the pace, or make the show feel like a necessary event. Spielberg spoke endlessly. Or it seemed endless. And what could be more interesting, entertaining – original, even – to watch Steven Spielberg finally recognized for his work?

Even the stars in the room appeared to have a hard time maintaining interested expressions as the director traced his life in film back to a train set in his basement. And come on, with all the money Dick Clark rakes in – couldn’t he have gotten together a decent montage of Spielberg’s work?

It was a night in which the dresses were far more interesting to look at than anything up on stage. (Renee Zellweger appeared to wear her drapes, while Drew Barrymore was apparently channeling Marilyn Monroe shortly before her death.)

There will be a reckoning, I reckon. Sunday’s show came just a year after the Golden Globes ratings hit a historic low as the show was replaced by a bare-bones broadcast announcing the winners, due to the Writers Guild Strike. This year, despite the bottles of champagne visible on the dinner tables, no one seemed drunk or unhinged. It was left to Mickey Rourke to provide an edgy moment when he thanked his agent David Unger “for having the balls” to represent him.

A reminder: the Globes ratings plunged to 5.8 million in 2008, after a high of 20 million viewers in 2007, according to Nielsen ratings. This year? Anyone’s guess.

But the gravy train rolls on for the Hollywood Foreign Press. As Ricky Gervais deadpanned: “That’s the last time I have sex with 200 middle-aged journalists.” The Foreign Press is smaller in number, and on average older in age than that, as Hollywood insiders know well. Poor Ricky.