A suspect has been arrested in connection to a decades-old cold case involving more than 10 people who were murdered, known as the Golden State Killer case.

Joseph James DeAngelo, 72, was arrested early Wednesday morning on two counts of murder, according to the Sacramento Bee and Fox40 Sacramento. A spokesperson for the Sacramento County Sheriff’s Department has not yet responded to TheWrap’s request for comment.

The Golden State Killer was linked by DNA and method to 12 murders, 45 sexual assaults and more than 120 burglaries from Sacramento to Orange County between 1976 and 1986.

The Golden State Killer case was also the subject of a true-crime book titled “I’ll Be Gone in the Dark,” by Michelle McNamara, Patton Oswalt’s late wife. McNamara worked with investigators on the case but died before the book was published. It was finished by co-writer Billy Jensen, researcher Paul Haynes and Oswalt.

In regards to news that an arrest had been made, Oswalt tweeted, “If they’ve really caught the #GoldenStateKiller I hope I get to visit him. Not to gloat or gawk — to ask him the questions that @TrueCrimeDiary wanted answered in her ‘Letter To An Old Man’ at the end of #IllBeGoneInTheDark.” 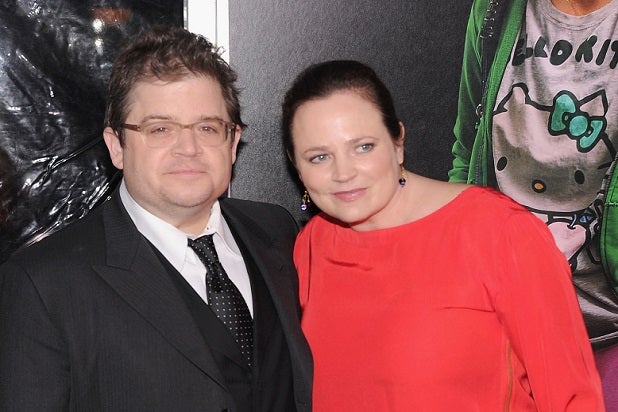 In an Instagram video, Oswalt said, “Think you got him, Michelle.”

If they’ve really caught the #GoldenStateKiller I hope I get to visit him. Not to gloat or gawk — to ask him the questions that @TrueCrimeDiary wanted answered in her “Letter To An Old Man” at the end of #IllBeGoneInTheDark. pic.twitter.com/32EHSzBct5

#GoldenStateKiller #IllBeGoneInTheDark #MichelleMcNamara One of the more surreal days of my life. We’ll be watching the press conference at 3pm EST. Looks like they got him. #stepintothelight

Authorities are planning a noon news conference with further information. The Bee also reported that the suspect had been living in the Sacramento area and was identified after a “renewed push” for the investigation by the sheriff’s department and the district attorney.

According to People, the Golden State Killer had a method: He wore a ski mask and would pry open windows and doors of homes with single women or couples inside. Once he made it inside, he would enter the bedroom and shine a bright light into the victims’ faces.

“He wore a mask and he was very good at what he did. He would pick out more affluent communities. There were claims he would target homes that were up for sale. Oftentimes it was a husband and wife at home. He would come prepared. He would have shoelaces and a mask,” Schubert told People in 2016. “He would bring the shoelaces with him and then he would tie up the husband and put him on his stomach, and put teacups or plates on his back and take the woman off and rape her. He did that with the man because he could then hear the guy if he moved. It was very distinctive.”