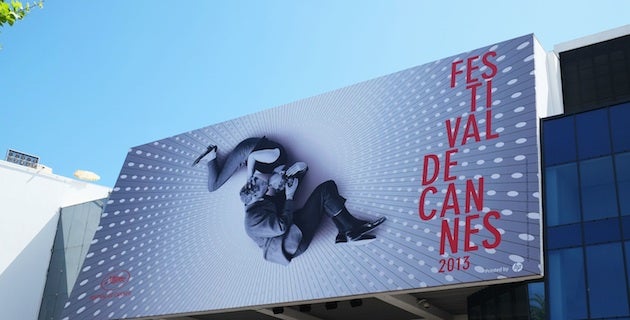 The 66th Cannes Film Festival kicks off on Wednesday night with a gala screening of Baz Luhrmann’s “The Great Gatsby,” and we all know what that means:

The Grand Theatre Lumiere will reverberate with the sound of booing.

Oh, most of the Cannes audience will most likely applaud Luhrmann’s amped-up take on the F. Scott Fitzgerald classic. But scattered (and occasionally not-so-scattered) boos are a time honored Cannes tradition, and it’s hard to imagine that a few audience members won’t jeer the extravagant artifice of this “Gatsby.” Then again, a few catcalls will just put Luhrmann in some august company.

In fact, the Brooklyn Academy of Music has launched a series called “Booed at Cannes,” with a program of films it says were greeted at the festival “with incomprehension, disdain and deafening jeers.”  They include Martin Scorsese‘s “Taxi Driver,” Federico Fellini’s “The Voice of the Moon,” David Cronenberg’s “Crash,” David Lynch’s “Wild at Heart” and Luc Bresson’s “L’Argent.”

“Gatsby,” of course, is already a known quantity on the far side of the Atlantic, where it opened last weekend to mixed reviews but big business. And it’s just an out-of-competition aperitif before the sumptuous meal that is this year’s Cannes, with new films in competition from the Coen Brothers, Alexander Payne, Roman Polanski, Asghar Farhadi,  Steven Soderbergh, James Gray, Jim Jarmusch and others.

Typically, film festivals front-load their first weekend, bunching the hottest titles in the first few days so that buyers who don’t want to stay for the whole fest can see the goods up front. But this year’s Cannes is hardly like that, and certainly not among the 20 competition titles.

Polanski’s “Venus in Fur” and Jarmusch’s “Only Lovers Left Alive,” for instance, screen on Saturday, May 25, the day before the Palme d’Or winner will be announced. The final five days of screenings (out of 10), will include Soderbergh’s “Behind the Candelabra” and Paolo Sorrentino’s “La Grande Bellezza” on Tuesday, May 21, Nicolas Winding Refn’s “Only God Forgives” and Mahamat-Saleh Haroun’s “Grisgris” on Wednesday, Payne’s “Nebraska” and Adbellatif Kechiche’s “La Vie D’Adele” on Thursday and Gray’s “The Immigrant” and Arnaud des Pallieres’ “Michael Kohlhaas” on Friday. But the Un Certain Regard section has some of its highest-profile titles early in the fest, including Sofia Coppola’s “The Bling Ring” and Ryan Coogler’s Sundance winner “Fruitvale Station” on Thursday, its first day of UCR screenings and the same day that Ari Folman’s  intriguing “The Congress” is screening in the Directors’ Fortnight.

A large number of this year’s Cannes titles seem to have the potential to impact the American indie market and to find their way into the awards picture; certainly, “Nebraska” and the Coens’ “Inside Llewyn Davis” are bowing in Cannes six months ahead of awards-season release dates, while “Fruitvale Station” is following the Sundance-Cannes-summer release pattern of last year’s Best Picture nominee “Beasts of the Southern Wild.”

That last film was one of two 2012 Cannes titles to land a best-pic nomination, Michael Haneke’s “Amour” being the other. (The foreign-language nominee “No” and the shortlisted but not-nominated “Beyond the Hills” also screened at Cannes.)

Typically, no more than a handful of Cannes titles will figure into the Oscar race, particularly if you move outside the Best Foreign Language Film category. The 2011 Cannes crop was a rarity in that it included three Best Picture nominees: “Midnight in Paris” (which opened the festival), “The Tree of Life” (which won the Palme d’Or) and “The Artist” (which won the Oscar).

And really, Cannes would no doubt argue that looking at the festival through the prism of Oscar is silly, that it’s about art and cinema and glamor, and about all those deals that will be taking place at the market that takes place at the same time as the festival.

As the press begins to assemble for the whole circus, others are beginning to offer their takes on what it’s all about. The Guardian’s Tim Robey, for instance, looks at Cannes and eagerly anticipates whatever scandal this year’s festival will serve up.

While he waits, he offers a few blasts from the past, beginning with the fact that on the day in 1939 that the first Cannes was scheduled to begin, Germany invaded Poland. While Robey doesn’t make the connection quite so explicit in his scandal roundup, you could call the first-year trouble an appropriate bookend for the fest’s 2011 scandal, which happened when Lars von Trier told a press-conference audience that he understood Hitler, which resulted in the auteur and provocateur being declared “persona non grata.”

Meanwhile, the IFP’s Filmmaker Magazine polled a number of Cannes vets and came up with “Insider Tips for Surviving” the festival. The problem is that the insiders don’t always see eye-to-eye:  Producer Noah Harlan says that if you’re “an actor or director ‘looking to make some connections,'” you’re in the wrong place – but director/producer Margarita Jimeno says went to Cannes for just that reason and “made the best connections.”

In other words, you make have to pick and choose from a list that includes these pieces of advice:  Have meetings in your swimsuit and a t-shirt on a terrace by the beach; eat a good breakfast; carry protein bars, bottled water, bandaids and sunblock; have a business card in both English and Chinese; don’t spend too much time in the American Pavilion; and spend lots of time in the American Pavilion.

But he leaves out quite a few Cannes types in his hierarchy: Reporters, for instance, and paparazzi, and gawkers, and partiers,  and rich folks in their yachts offshore, and starlets on the beach…

And, of course, boo birds.