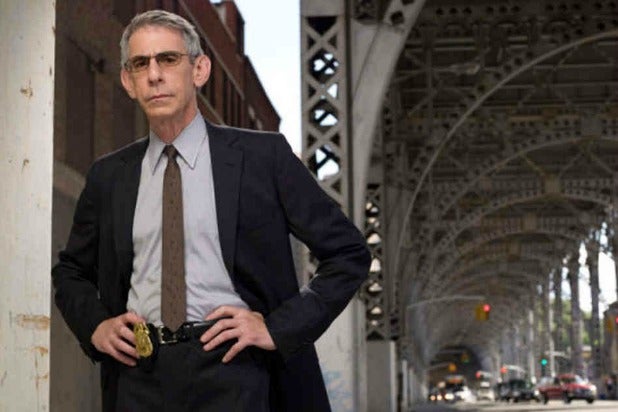 Richard Belzer, who has played Munch on 10 different shows over two decades, is moving on from “Law & Order: SVU” now that Munch turned in his retirement papers at the end of Wednesday’s episode.

The only characters who have spent so many continuous seasons on TV are the cartoons on “The Simpsons.”  But Munch is real. Or at least based on a real person.

He’s the brainchild of “The Wire” creator David Simon, who first introduced him on NBC’s “Homicide: Life on the Street.” Munch was based on Baltimore homicide Det. Jay Landsman, one of the central characters in Simon’s book that inspired the series.

Landsman has already retired. Munch outlasted him. His character moved from “Homicide” to “Law & Order” when “Homicide” was canceled. He was partnered through the years with characters and actors as varied as Brian Cassidy (played by Dean Winters) and Fin Tutuola (Ice-T).

NBC didn’t send out a release about his exit. Belzer, who was traveling, was not immediately available for comment.

“Sergeant Munch is retiring from the NYPD, so Richard Belzer will no longer be a series cast member,” a show spokeswoman said in an email. “While there are no immediate plans for Belzer to return, the way Munch’s storyline ends leaves the door open for him to work with the SVU squad in the future.”

And that’s that. Munch transferred from Baltimore to the NYPD for this?

Belzer, 69, got less screen time in his recent years, but said he was hesitant to complain.

“It’s like yanking the tonsils out of the gift horse if I complain too much,” he was quoted as saying in “Law and Order Special Victims Unit: The Unofficial Companion,” released in 2009. “I’ve been lucky over the years … I’m not starving.”

There is one consolation: Ubiquitous “Law & Order” reruns. Somewhere in the world, at any given moment, Munch is peeling the sheet back on a corpse.