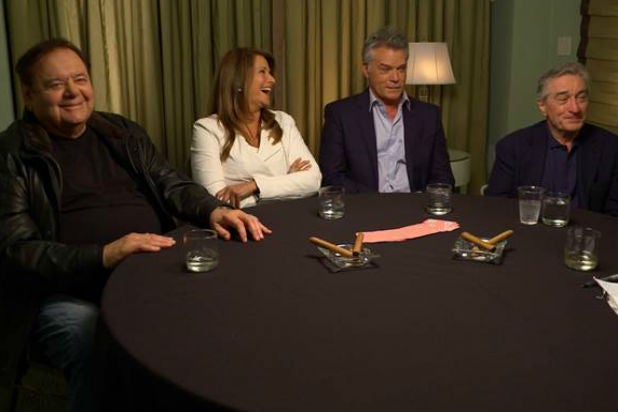 “Goodfellas” actor Paul Sorvino revealed Tuesday that he tried to get himself out of the film just before shooting began.

Sorvino also said that the film’s success is owed to its realistic portrayal of the mafia lifestyle. “This is a different kind of movie. This is not mythic,” he said.

“I had no idea how the movie would turn out,” De Niro said. “It was a great experience and all that, but you never know the impression it’s going to make on people.”

The actors also revealed their favorite lines from the movie, with the hands-down favorite being the scene in which De Niro’s James Conway is trying to lead Bracco’s Karen Hill down an alleyway to an almost certain death. Bracco said, however, that her favorite is the dinner scene with De Niro, Pesci, Liotta, and Scorsese’s mother.

Liotta went on to address the famous “Funny how?” scene. “We were at rehearsal and Joe [Pesci] was telling a story about — it actually, a situation like that happened to him,” Liotta said.

The castmates appeared at a special screening of the film on the final night of this year’s Tribeca Film Festival in New York.