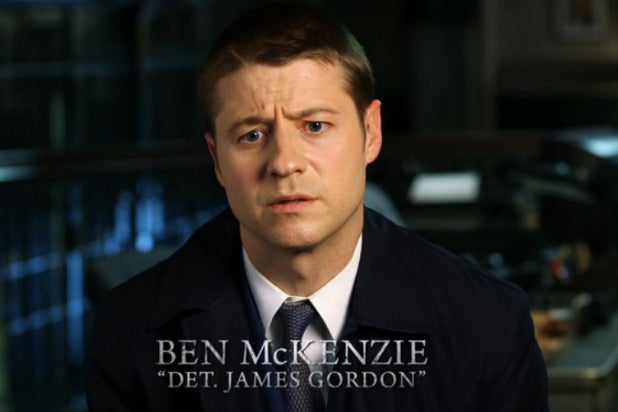 DC Comics super-fans: Can’t wait another month for the near-51 minute “Gotham” pilot? Perhaps the below embedded featurette will provide enough of a Batman prequel fix to carry you through to the Sept. 22 premiere.

See video: ‘Gotham’ Extended Trailer Features the Penguin, Catwoman, Poison Ivy and the Riddler Before They Were Famous

In the video, show stars and creators praise the hiring choices, the special effects and seemingly everything else that brings the adapted DC Universe to life.

While viewers won’t see the established Batman or Catwoman in the Fox series, there is something unique and special to covering a part of the superhero and supervillain journey’s, which haven’t gained much historical exposure, those involved explained.

“I love origin stories,” Pinkett Smith, for one, offered, saying the show gives her “a playground for [her] shadow.”

Another unique feature of the series and its setting is that Gotham exists in its own time — the cars are old but cell phones exist. This makes the visual effects artists, engineers, set designers, etc. as integral a part of the series as the actors.

Therefore, they also get well-deserved camera time in this preview video, adding interesting nuggets about how the city comes alive for the show.

Naturally, “Gotham” shoots in New York City, and its creators, cast and crew would have it no other way. Heller summed up the city-as-a-character concept for his project, saying, “New York in the ’70s just kept getting worse and worse and crazier and crazier — that’s the Gotham that we’re looking at today.”