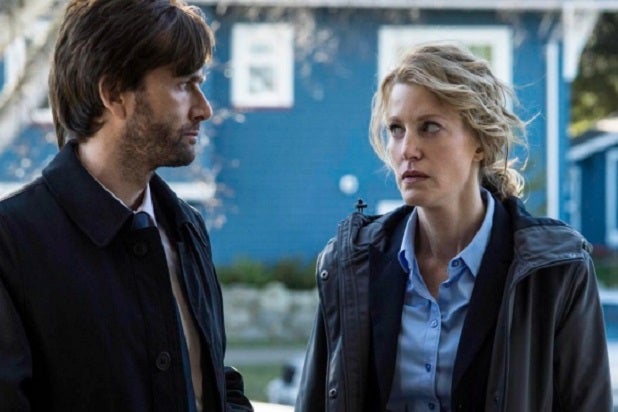 The Fox adaptation of the British series “Broadchurch” will not be returning for a second season, an individual with knowledge of the situation told TheWrap on Monday.

The series, starring “Broadchurch” actor David Tennant and “Breaking Bad” alum Anna Gunn, was initially conceived as a limited series, though it wouldn’t be unprecedented for a network to give another season to a limited series, ratings and cast schedules willing.

However, the lukewarm ratings that “Gracepoint” received in its initial run made a renewal unlikely. The season premiered Oct. 2 to a soft 1.2 rating/3 share in the 18-49 demographic most important to advertisers. By its finale on Thursday, that number was down to a 0.9/3.

Fox had no comment on “Gracepoint’s” fate for TheWrap.

Fans can take some consolation, however. “Broadchurch,” which ‘Gracepoint” was based on, is returning for a second season on BBC America on Feb. 4.