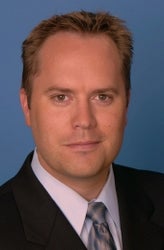 Graham King’s GK Films has launched GK-TV, a division dedicated to the development, production and worldwide distribution of television programming.

Former Lionsgate executive Craig Cegielski has been named president of GK-TV and will oversee it from the company’s Santa Monica office. He’ll report to King.

“This is the next logical step for us," King said in a statement. "We see great growth potential in television and are excited to be expanding into this arena. Craig is one of the top television executives in the business and with access to some of the best material, we see the launch of GK-TV as the perfect expansion.”

Cegielski most recently was Lionsgate’s executive VP of programming and sales, international TV.

Before joining Lionsgate, he worked for CBS/King World International, specializing in local production and programming, and in the co-production division of Paramount International Television.