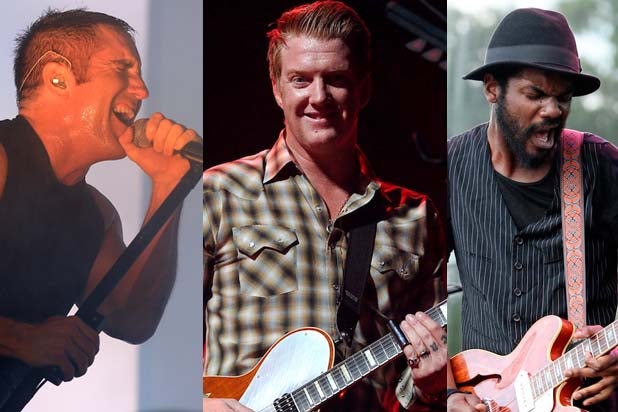 Grohl and Buckingham will join Nine Inch Nails and Queens of the Stone Age on stage on Sunday as part of the show’s grand finale.

Sunday’s show at the Staples Center in Los Angeles will be the first Grammys performance for Gary Clark Jr., Nine Inch Nails and Queens Of The Stone Age, all of whom are nominated for awards this year.

Sara Bareilles and Carole King are also scheduled to perform a special duet on “Music’s Biggest Night” Sunday. LL Cool J returns to host for a third time in a row.

The Grammy Awards will kick off on Sunday at 8 p.m. PT/ET on CBS.