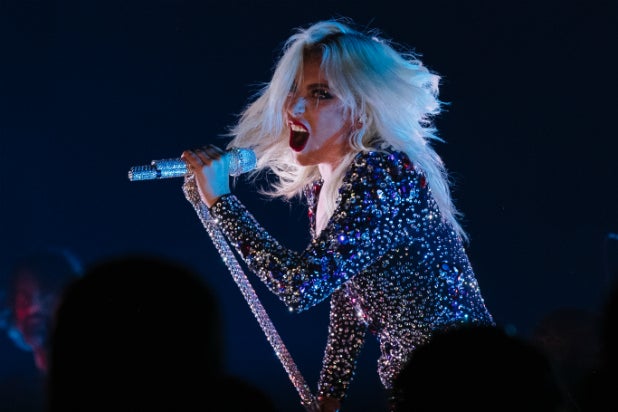 Nothing was gonna hang with CBS’ Grammys on Sunday, but Fox (kinda-sorta) tried anyway.

In between reruns, Fox aired original episodes of “The Simpsons,” “Family Guy” and “Bob’s Burgers.” The animated sitcoms never stood a chance against Music’s Biggest Night.

Due to the nature of live TV, the below numbers for CBS are not adjusted for time zones and thus inaccurate. Read the earlier-available overnight Nielsen ratings here, which give a better idea of how the special performed year over year.

Also Read: J Lo's Salsa-Dancing Motown Tribute at the Grammys Gets Diced Up on Twitter

CBS was first in ratings with a 4.4 rating/17 share in the advertiser-coveted 18-49 demographic and in total viewers with an average of 16 million, according to preliminary numbers. But again, these unadjusted figures, which include both the red carpet hour and the actual Grammys themselves, are subject to significant change. We’ll get final and accurate audience totals soon enough.

ABC was second in ratings with a 0.8/3 and in viewers with 3.9 million, wisely electing to air all reruns.

Univision and Fox tied for third in ratings, both with a 0.5/2. Univision was fifth in total viewers with 1.6 million, Fox was fifth with 1.5 million.

NBC and Telemundo tied for fifth in ratings, both with a 0.4/2. NBC was third in total viewers with 2.6 million, Telemundo was sixth with 1.3 million.