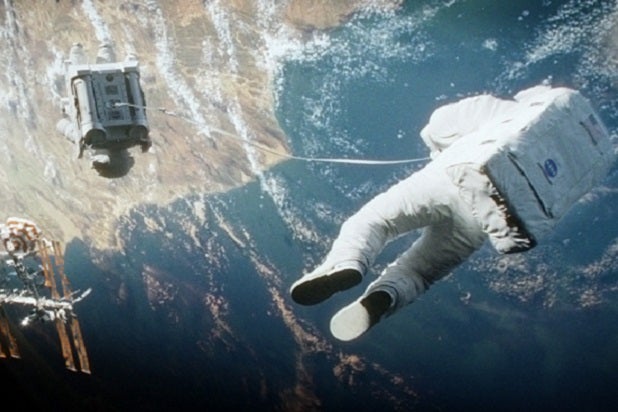 The 3D space epic “Gravity” continued its impressive orbit in China this weekend, taking in $20.7 million and keeping the No. 1 spot at the box office there in its second week.

“Gravity” beat out the local entry “White Storm” and “The Hunger Games: Catching Fire” for the top spot, and has now taken in more than $55.6 million in China, making that its top foreign market ahead of France ($45.7 million) and the U.K. ($36.8 million).

In all, the George Clooney-Sandra Bullock thriller brought in $25.4 million from 55 foreign markets this weekend. In the process, it upped its international total to $365 million. Coupled with its $249 million domestic haul, the  global total is now at $615 million, with Japan yet to come.

“The Hunger Games: Catching Fire” was easily the week’s biggest overseas earner, with $92 million from roughly 80 foreign markets. The Jennifer Lawrence sequel, on which Lionsgate pre-sold most foreign markets, has already taken in $276.4 million internationally and $573 million worldwide.

Disney’s “Thor: The Dark World” is heading for the $600 million worldwide mark as well. The Marvel superhero saga added $12.2 million this week from 72 foreign markets, raising its international total to $404 million. With its $186 million domestic total, it worldwide haul stands at $591 million.