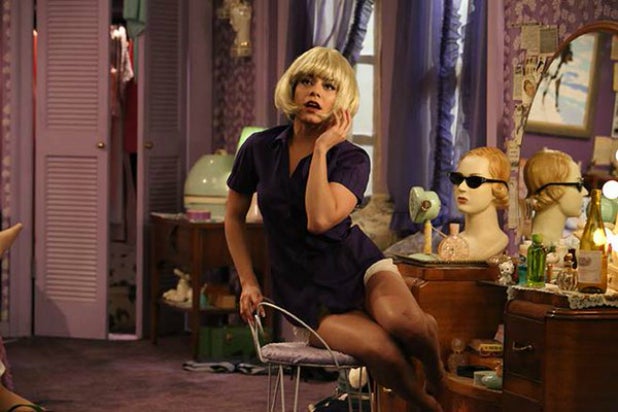 Vanessa Hudgens‘ performance during “Grease: Live” on Sunday was good enough to make her the most talked about cast member on Twitter.

That number is nearly three times that of the next most-mentioned cast member, which was Danny Zuko actor Aaron Tveit with 36,522 mentions.

Hudgens performed in the live Fox musical just one day after learning that her father, Greg, had died after battling cancer for the past six months.

“I am so sad to say that last night my daddy, Greg, passed away from stage 4 cancer,” Hudgens tweeted Sunday morning. “Thank you to everyone who kept him in your prayers. Tonight, I do the show in his honor.”

“Grease: Live” was not only a hit on social media, but in the ratings as well. According to preliminary data released by Nielsen, the live musical production earned a 7.4 rating/11 share in the 56 metered market households.

National numbers can certainly tell a different tale, and these should be considered very preliminary indicators. Fast national ratings — and then final data — should be out within a few hours.