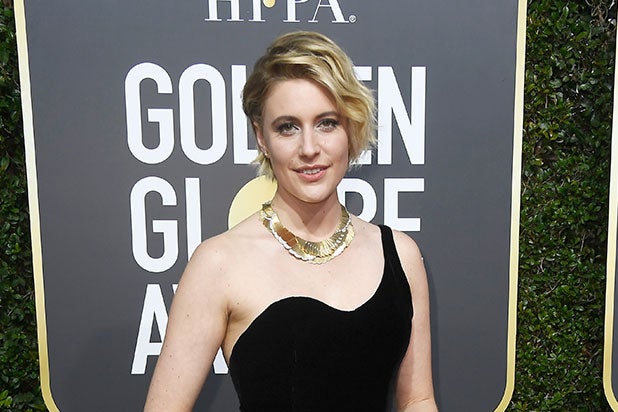 Greta Gerwig says she will never work for Woody Allen again and wouldn’t have starred in his 2012 movie “To Rome With Love” had she known about the accusations against him.

“It is something that I take very seriously and have been thinking deeply about, and it has taken me time to gather my thoughts and say what I mean to say,” Gerwig told the New York Times when asked about Allen. “I can only speak for myself and what I’ve come to is this: If I had known then what I know now, I would not have acted in the film. I have not worked for him again, and I will not work for him again. Dylan Farrow’s two different pieces made me realize that I increased another woman’s pain, and I was heartbroken by that realization. I grew up on his movies, and they have informed me as an artist, and I cannot change that fact now, but I can make different decisions moving forward.”

Her condemnation comes just two days after she said she hasn’t come “down on one side or the other” at the 2018 Golden Globes.

“Well, I’m so thrilled to be here tonight as a writer and director and creator and to be making my own movies and putting that forth, and it’s something I’ve thought deeply about and I care deeply about and I haven’t had an opportunity to have an in-depth discussion where I come down on one side or the other, but I definitely take it to my heart,” Gerwig told press backstage, according to Entertainment Weekly. “My job is to be a writer-director and to be that person and to tell these stories.”

In response to Gerwig’s updated thoughts on Allen, Allen’s daughter Dylan Farrow took to Twitter to say, “Greta, thank you for your voice. Thank you for your words. Please know they are deeply felt and appreciated.”

Allen has been accused of sexual assault by his adoptive daughter, Farrow, an allegation for which he was investigated in 1992, but never charged. Allen has denied the allegations as an invention of Farrow’s mother, actress Mia Farrow, but they resurfaced when Farrow detailed her experience in an open letter in the New York Times in 2014.

Also Read: 'Wonder Wheel' Actor Calls Working With Woody Allen 'One of My Most Heartbreaking Mistakes'

Last month, Farrow published a new op-ed in the Los Angeles Times, in which she called out Kate Winslet, Blake Lively, and Gerwig for working with Allen amidst the accusations.

Gerwig was previously asked about working with Allen in an interview with NPR’s Terry Gross in November, in which she said, “It’s all very difficult to talk about because I think I and other women — we’ve — feel that this moment has been a long time in coming and also feeling terrified that we’re going to now say the wrong thing. And I think you can even see in the way that certain women have been attacked, even since taking a brave step of coming forward, and how they’ve been torn down or questioned their motives or why didn’t they say something — and just this fear that you’re going to somehow address this not correctly — and I think it’s a… I think I’m living in that space of fear of being worried about how I talk about it and what I say.”

David Krumholtz, who recently starred in Allen’s “Wonder Wheel,” said last week that he “deeply” regrets working with the filmmaker and called it one of his “most heartbreaking mistakes.”

Wonder How to Tell All 5 of This Year's 'Wonder' Films Apart? (Photos)

Woody Allen's "Wonder Wheel" is the latest in a glut of cinematic awe.