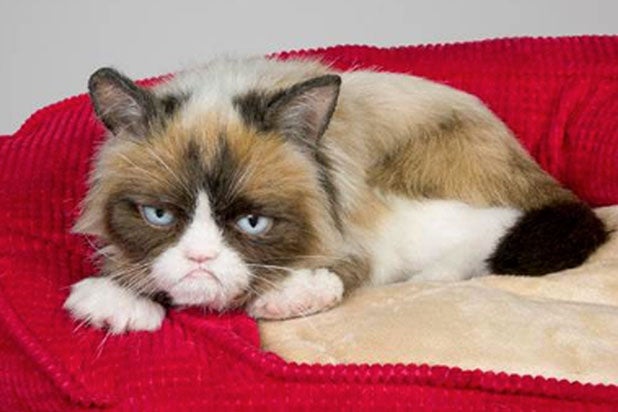 Fear not — R&B sensation Leona Lewis will still be belting out “Memory” as Grizibella. But Grumpy Cat will make a cameo during the curtain call on Friday, September 30, at the Neil Simon Theatre.

“Being selected as the first real cat to perform in ‘Cats’ on Broadway is an honor. I hate it,” Grumpy Cat in a statement scratched out by one of her handlers. “If I’m really being honest, I’d prefer to play the Phantom in ‘The Phantom of the Opera.'”

Grumpy Cat is known for her grouchy expressions on the internet. She shot to fame in September of 2012 when her picture was posted on Reddit. Grumpy Cat has 12 million followers on social media and is the official spokescat for Friskies.

She has four best-selling books, her own Lifetime Christmas movie and has appeared in numerous TV shows.

“Cats” reopened on Broadway on August 2.

Also Read: 'Cats' to Return to Broadway After 16-Year Hiatus

The original production, with a score by Lloyd-Webber and based on T.S. Eliot’s “Old Possum’s Book of Practical Cats,” opened in 1982 at Broadway’s Winter Garden Theatre, where it ran for 18 years.