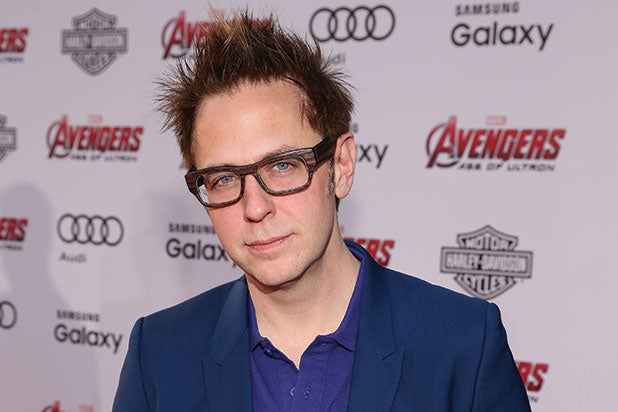 Last week, Aerosmith frontman Steven Tyler expressed his career ambitions, saying “I would do anything to be in ‘Guardians of the Galaxy 3’ – are you listening James Gunn?”

The musician and former “American Idol” judge was speaking with People to promote his new film, the upcoming horror thriller “Happy Birthday,” when he called the Marvel sci-fi franchise director by name, hoping that he would respond.

And respond he did. During a Facebook Q&A, Gunn sounded like he may give the rocker a call in the near future.

“Yes, I did hear that Steven Tyler wants to be in ‘Guardians of the Galaxy.’ He gave me a shout-out the other day in an interview. He said, ‘James Gunn are you listening?’ The answer is: Steven, yes I am listening. And I’m a big fan of Steven Tyler‘s. I had the pleasure of directing his daughter Liv in a movie [“Super” in 2010] in which she was fantastic, and I met him for a few seconds at a screening of that movie. He’s a cool guy. And of course I would love to work with Steven Tyler sometime.”

Gunn backed up his comments in a tweet Sunday describing Tyler as “a very warm guy.”

“Guardians of the Galaxy Vol. 2” recently wrapped production and currently, there seems to be no plans for a third installment of Marvel’s sci-fi franchise, so Tyler shouldn’t give up his day job just yet.

Meanwhile, Gunn was at the Toronto International Film Festival this weekend promoting the latest film he wrote titled “The Belko Experiment.”