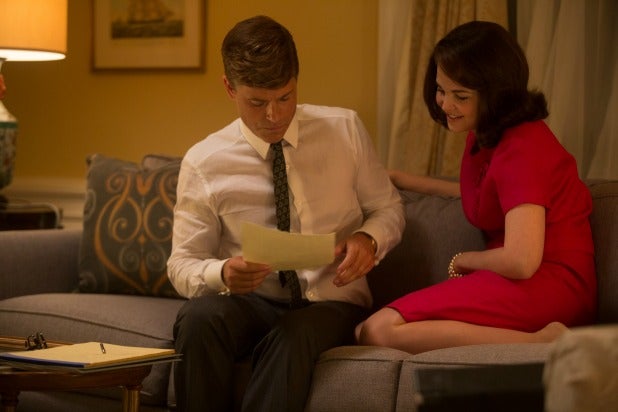 Can you crack the 50-year-old mystery of who really killed JFK?

You couldn’t do worse than the Warren Commision. Or so television would like you to think.

This month, a presidential motorcade of new movies and specials marks the half century since President Kennedy’s killing. Many of them invite you, heroic TV watcher, to answer the questions about the assassination that no one else has.

So ready your remote — and prepare to expose some truth. Here are just a few of this month’s conspiracy-minded shows:

“JFK: THE SMOKING GUN” (Reelz)
The network that eventually landed “The Kennedys” miniseries two years ago returns with “JFK: The Smoking Gun,” which makes the claim that a Secret Service agent accidentally shot Kennedy after Lee Harvey Oswald started shooting.

The theory: The president’s detail had been out drinking the night before, and agent George Hickey fired off the unluckiest shot ever, killing the president he was supposed to protect.

Should you believe it? The theory isn’t new. Author Bonar Menninger introduced it in the 1992 book “Mortal Error: The Shot That Killed JFK.” Hickey sued Menninger’s publisher and got what Menninger says was “a nominal settlement payment.” Conveniently, Hickey has died, meaning he can’t sue the producers of “JFK: The Smoking Gun.”

The theory: O’Reilly and Dugard offer perhaps the most controversial take of all: Lee Harvey Oswald did it, because he was a mess.

Should you believe it: All kidding aside, yes. There’s no real debate over Oswald shooting the president. The question is whether someone else – a mysterious figure on the grassy knoll, perhaps – also opened fire.

The theory: No preconceived notions here. Just a couple guys shooting guns in the desert. If you can’t trust them, who can you trust?

Should you believe it? Nova’s the gold standard. Yes.

A far-reaching investigation reveals that people don’t buy the official version of the assassination. No kidding.

The theory: The special will look at as many of them as it can, trying to separate the believable from the far-fetched.

Should you believe it: You’ll have a lot of options what to believe.

Paired with “The Definitive Guide,” this special promises to go inside the Dallas Police precinct that held Oswald until Jack Ruby shot him.

The theory: It isn’t so much a theory as it is an attempt at a richer account of Oswald’s final hours. At one point we’re told Oswald insisted he hadn’t killed the president.

Should you believe it: Not that part. Oswald at least helped.