Talk to the cast of HBO’s series “Silicon Valley,” and eventually the conversation will come around to the dick joke.

It was the climactic moment to the first season of the Mike Judge-created show — an extended, crude and hilarious penis joke that not only served as the comic payoff to the entire season, but also became the key dramatic moment that won the show’s startup company, Pied Piper, the financial investment it needed to survive.

“Some people say it was the best episode in all of television,” said Thomas Middleditch, who stars in the show as Pied Piper founder Richard Hendricks, with mock solemnity.

Zach Woods, who plays a punctilious, opinionated and socially inept programmer, upped the ante. “Some say it was the best post-Renaissance art,” he said.

“Yeah,” agreed Middleditch. “Post Renaissance. Because who could compete with…”

“Yeah, and the art from the Roman Empire.”

Middleditch nodded. “Oh God, no,” he said earnestly. “I’d go with the armor every day. That’ll save your life.”

Make no mistake, “Silicon Valley” will not save your life from a halberd or broadsword. But for two seasons it has made Sunday nights a lot funnier, sitting in the middle of HBO’s powerhouse lineup that also includes “Game of Thrones” and “Veep,” and winning a Critics’ Choice Television Award as the 2015 season’s top comedy series.

Also read: The Latest on the ‘Silicon Valley’ and Hollywood Divide: Periscope It

This year, the cast and creators have faced the task of following that uproarious ending of Season 1–which, Woods said as the cast gathered in TheWrap offices for a photo shoot and interview, wasn’t as daunting as you might think.

“It’s more fun than it is scary,” he said of following the penis joke. “And, I mean, everything’s scary, right? Cars, air…”

“Right,” said Woods. “Trellises are some of the most scary.”

If the silliness of the exchange seems familiar to viewers of “Silicon Valley,” with the actors taking an offhand, off-the-wall comment and mining it for comedy, there’s good reason for that.

“We’re strangely similar to our characters, both as people and in a group dynamic,” said T.J. Miller, who plays the often-belligerent Erlich Bachman, a character he said “unfortunately fits like a glove. It’s easy for me to be caustic, abrasive, arrogant, blunt, straightforward, Falstaffian, Dionysian, all that stuff.”

Also read: ‘Silicon Valley’ EP on the Fun of Mining Comedy Out of the Tech Industry’s ‘Money and Social Dysfunction’

Unbeknownst to Mike Judge when he cast them, many members of the “Silicon Valley” cast had long histories together, dating back to the standup comedy and improv scene in Chicago more than a decade ago. “When we finished shooting the pilot, Mike said, ‘You guys have really bonded,'” said Kumail Nanjiani, who plays an opinionated, socially inept (sense a pattern here?) programmer. “I said, ‘Some of us have known each other for more than 10 years.'”

But that doesn’t mean there wasn’t some jockeying for position when they first got together on the show, said Woods. “It was a dog pile where we were all trying to establish physical dominance, and no one did,” he joked.

“It was like there was a bunch of hounds and one plate of food, and we were scrambling for it,” added Middleditch.

“T.J., I think, showed dominance,” said Martin Starr, who plays Pied Piper’s acerbic security specialist. “T.J. grabbed us all by the back of the neck, pulled us off the food and ate it very calmly.” 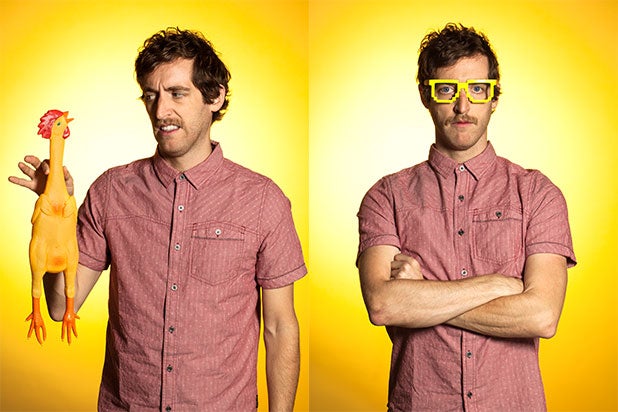 But Miller, clearly the biggest and prickliest personality of the group, was quick to give kudos to his quieter colleagues. “To me, these are the funniest guys of this generation,” he said. “Martin Starr is the deadpan comedian of our generation, just the best at that. Zach Woods might be the best improviser alive if it wasn’t for Thomas Middleditch, who might be the best improviser alive. And Kumail is just a powerful comedian, with a powerful presence and a very distinct point of view.

“It’s really strange, but it makes sense that Mike Judge would have cherry-picked who he thought was best from all these different places. And the fact that we’re friends is a pretty crazy situation.”

Added Nanjiani, “Obviously we have arguments, but I think it really clicks because everybody occupies a different space, a slightly different world. And what’s great about this second season is that in the first season our characters got defined, and in this season we can pull and stretch and do more with them.”

The actors said they went into Season 2 with a few ideas about where they’d like to see their characters go, but mostly happy to follow the writers as Pied Piper tries to go from an idea to a fully-fledged company dealing with an eccentric billionaire investor (Chris Diamantopoulos) while fending off one company that’s suing them and a second that has stolen their ideas. Middleditch in particular said he wanted to make sure his character, as the head of the company, didn’t become simply a straight man to the wacky guys around him. 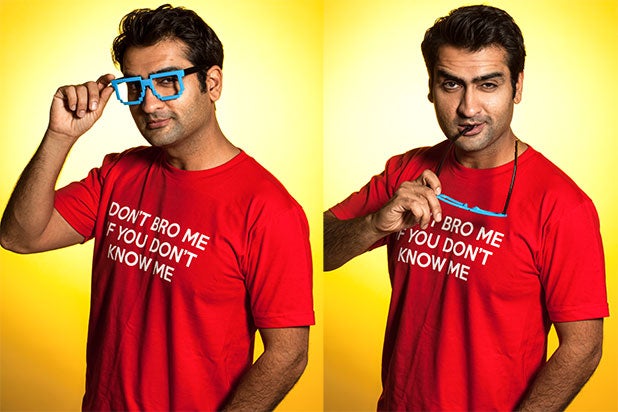 “Richard has a lot of responsibility on his shoulders with the company, and every scene he’s in could potentially be, ‘We gotta get back to work!’,” he said. “And I just wanted to make sure he didn’t turn into a worrywart. I wanted him still involved in the fun and games.

“It does happen in shows where the straight guy just becomes a story vehicle, and I think it hampers the show and it’s not fun for the guy. Nobody wants to just do the one thing.”

Miller, meanwhile, has his corner, too, which consists of being big and often abrasive, while keeping his eye on what he sees as the fundamentally serious job of making people laugh “because life is so tragic.” Setting the show in the tech fields of Northern California’s Silicon Valley, he said, is important. 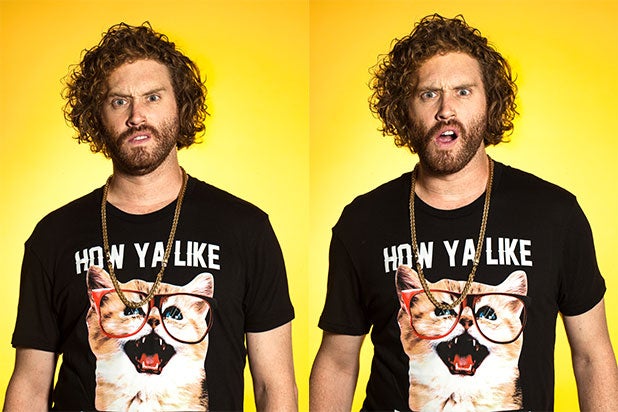 “There’s a lot of stuff to make fun of and more importantly to satirize, because Silicon Valley is overtaking American culture and global culture,” he said. “It’s the American dream, and we’re back to this strange electronic gold rush. It doesn’t matter who you are or where you’re from–if you have a great idea, you can become a billionaire.

“That’s the only meritocracy in society right now. But what is it to sell out? What is it to have integrity? Are these people really trying to change the world, or are they just trying to get a higher profit margin and have a better first quarter? You have to ask questions.”

That, and tell the occasional dick joke.