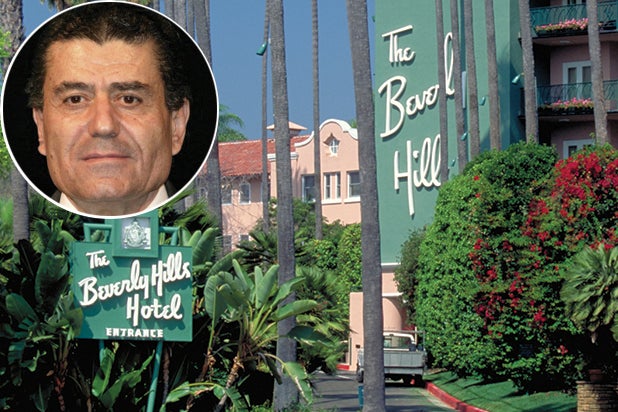 I heard Haim Saban was up for buying the Beverly Hill Hotel and called him up.

Haim, I asked, are you serious?

“If the Sultan of Brunei decides to sell, I will look at it, for sure,” he said. “But I will only do it if it makes business sense. I am not looking for trophy assets. Not the Clippers, or this, these are trophy assets. I don’t need to be that guy — I don’t care about that.”

Billionaires with a progressive conscience have lately been talking about rescue missions for properties weighed down by politically incorrect owners. In the case of the Beverly Hills Hotel, it’s the Sultan of Brunei, who is overseeing the institution of repressive anti-gay and anti-woman laws in his tiny, super-rich country.

In the case of the Clippers, it’s the foot-in-his-mouth, anti-black Donald Sterling, who — amazingly — still hasn’t managed to find the phone number of a crisis PR manager.

David Geffen and Oprah Winfrey are talking about the notion of buying the Clippers and saving the dignity of the team.

Likewise, Saban would consider buying the beloved and iconic hotel, saving a lot of valet and waiter jobs and keeping Hollywood from having to abandon one of its favorite watering holes.

But neither are for sale. Which Saban acknowledged.

The Sultan of Brunei, he said, “is not going to withdraw his laws. If he loses a few million dollars on the Beverly Hills Hotel, he doesn’t care. So the question is: Does he make it a matter of principle to hold on to it? Is there political pressure that will be brought to bear here? Your guess is as good as mine.”

In the meantime, like most people I know around town, he’s boycotting the hotel. He canceled a dinner at the Polo Lounge (the Hollywood Reporter showed a desolate restaurant yesterday at 1 pm), his wife Cheryl canceled an event there, too.

Whether or not Saban gets the opportunity to buy the hotel, he is incensed at the hardening of shari’a law by the hotel’s owner. It makes no sense, he said.