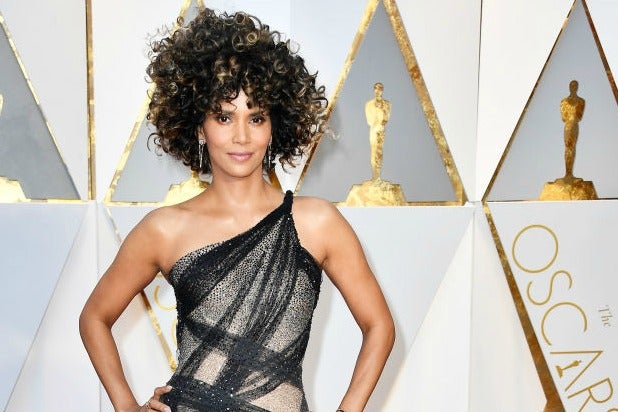 Halle Berry has captured the Internet’s attention from the Academy Awards red carpet. Whether that’s a good thing or a bad thing depends on perspective.

Berry, still the only black woman to win an Oscar for Best Actress, appeared on the red carpet with sporting a big, curly hair-do. Twitter immediately reacted to the choice, apparently either loving the look or hating it. Many immediately likened it to hair looks worn by pop music legend Whitney Houston.

There were plenty of people who immediately took to the Internet to talk about how much they loved Berry’s look — which is in serious contrast to the short-cropped hair she’s worn in the past.

Halle Berry was giving me the vintage Whitney vibes with the hair. #Oscars pic.twitter.com/RzEWINw1Ak

And a few people couldn’t believe Berry looked as good as she does regardless of what her hair is doing.

Our house loves Halle Berry's hair but was convinced that the person wearing it was too young to be Halle Berry.

Others were a bit taken aback by the amount of space Berry’s hair was occupying on the red carpet, both metaphorically and literally.

Halle Berry's hair is proof positive it is raining in L.A. #Oscars

And of course, the memes started to roll in.

How we all feel about Halle Berry's hair style #Oscars2017 pic.twitter.com/2NKRxA4Ouv

Not everybody thought Berry’s look was a winner, however. Twitter is just as full of people making fun of the look as praising it.

One theme: the introduction of electricity in the aid of hair-styling. Whether that electricity came from a wall outlet or a lightning strike is up for some debate.

I can't with Halle Berry's hair. It looks like she put her finger in an electric socket. #OscarsRedCarpet

While Berry’s hair actually looked just fine, even great, in still photos, after seeing it live on the red carpet, people didn’t react as positively.

The division over Berry’s hair quickly dominated the red carpet discussion. Much like politics or whether that one dress is gold or blue, people began finding themselves on one side of the line or the other.

The Academy Awards will likely have its share of political speeches and positions on the events of 2017, but for the time being, everyone has an opinion on Berry’s hair.

Halle Berry wins the #Oscars for most controversial hair style

And of course, it wouldn’t be 2017 if someone didn’t find a way to bring the discussion back to current politics, and inevitably, Donald Trump’s election as president.

Halle Berry's hair is all of us after the 2016 election. #Oscars

Ruth Negga, Lucas Hedges and Auli'i Cravalho are just a few stars who have walked the red carpet at the 89th Academy Awards