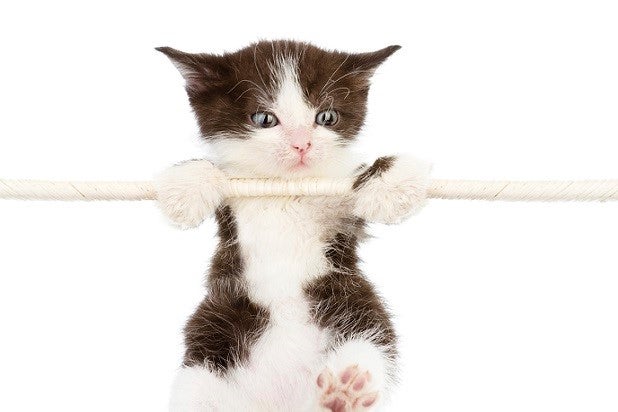 The Hallmark Channel has enlisted some ringers in its challenge to Animal Planet’s “Puppy Bowl.”

Nicky Hilton, Rocco DiSpirito and  Chuck Nice (“The Hot 10”) will also participate in the event, which kicks off Feb. 2 at noon.

Beth Stern, animal-rights activist and wife of radio personality Howard Stern, will host the event, with John Sterling, the official radio voice of the New York Yankees, will provide play-by-play for the feline sports showdown.

The competition, which will consist of two preliminary playoffs and a championship match, will feature kittens vying for dominance as they run obstacle courses that include hurdles, tunnels, toys on strings and lasers.

In the run-up to the inaugural Kitten Bowl, Hallmark is launching a multi-pronged promotion campaign, beginning with the “Kitten Around” campaign, which encourages social-media users to upload stories, photos and videos of their cats.