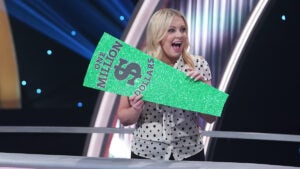 While there was much debate over the past few months about how day-and-date releasing has hurt the pandemic box office, Universal’s “Halloween Kills” defied the odds with its strong opening weekend.

While the film was also available at no extra charge on NBCUniversal’s fledgling streamer Peacock, the second installment in David Gordon Green and Jamie Lee Curtis’ trilogy of sequels to the 1978 classic “Halloween” earned $50 million this weekend, topping the $31.6 million debut of Legendary/Warner Bros.’ “Godzilla vs. Kong” to become the highest opening of any film released simultaneously on streaming. Blumhouse and Miramax co-produced the sequel.

“Halloween Kills” has also set post-shutdown records for the highest openings for R-rated and horror titles, the latter record being held by Paramount’s “A Quiet Place — Part II” since May. With such a strong performance, overall box office grosses are set to top $100 million for the third straight weekend, increasing the possibility that the fourth quarter could finally yield profits for theater chains for the first time since the pandemic began.

So how was “Halloween Kills” able to outperform so many other hybrid releases? Here are some reasons why:

As the summer blockbuster season was kicking off in May, Blumhouse CEO Jason Blum told TheWrap why he believed “A Quiet Place — Part II” was the right film to lead off the procession of films trying to bring audiences back to theaters.

The success of “Quiet Place II” and now “Halloween Kills” shows that hardcore horror buffs value the moviegoing experience just as much as the studio and theater execs extolling its virtues. Universal insiders told TheWrap when “Kills” was moved to day-and-date that there was a lot of confidence that fans would buy a ticket instead of seeing the film on Peacock because seeing it with others is part of the reason why they enjoy the genre. As it turns out, that faith was well placed.

2. Many of those horror fans are young

While MGM’s “No Time to Die” has begun the slow process of bringing older audiences back to theaters, younger audiences continue to be the primary drivers of post-shutdown box office. “Halloween Kills” is proof of this as Postrak surveys showed that 73% of the opening weekend audience is under 35, with 44% under 25.

Two weeks ago, it was this cohort of millennial and Gen Z moviegoers that pushed Sony’s “Venom: Let There Be Carnage” to a post-shutdown record $90 million opening. Though “Halloween Kills” sports an R rating befitting its homicidal antagonist, it’s likely that many of the same young moviegoers that flocked to see the bloodthirsty aliens of “Quiet Place Part II” and the more humorous antics of the man-eating Venom were ready for more chills this weekend. 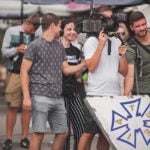 It is a tad ironic that all the members of this coveted 18-35 demo were not even born when the first “Halloween” was released in 1978, but the success of the 2018 “Halloween” reboot sequel has introduced Michael Myers and Jamie Lee Curtis’ Laurie Strode to a new generation that has now bought in to a whole trilogy surrounding these two horror icons.

As films like “Quiet Place II” and “It: Chapter Two” have demonstrated in recent years, a proven hit horror franchise can provide a studio with a huge return on investment that even the biggest blockbusters can’t match. And no studio knows this better than Blumhouse, which has perfected the low-budget horror formula. Even though critics were not as warm toward “Halloween Kills” as its predecessor, delivering a lowly 42% Rotten Tomatoes score, the buzz created by the first film, the sequel’s trailer and promotion from Curtis herself helped make “Kills” as immune to bad reviews as Michael is to anything standing in his way.

4. Peacock isn’t big enough to peel off that many streaming viewers

Of course, a day-and-date release is only a threat to theaters if the streaming service has a massive number of subscribers. But that’s not the case with Peacock, which launched in summer 2020 and lags well behind the other major streaming services. In late July, NBCUniversal owner Comcast revealed that the service had reached 54 million signups and 20 million active monthly accounts.

But that pales in comparison to its streaming competitors. AT&T reported 67 million subscribers for HBO Max, which is releasing all of Warner Bros.’ theatrical releases this year day-and-date. And Disney, which has released “Black Widow” and “Jungle Cruise” on Disney+ at a premium $30 price, has reported a subscriber count of 116 million as of the second quarter. (Netflix, meanwhile, continues to dominate the streaming space with nearly 200 million global subscribers as of the second quarter.)

Peacock, which just hired former Hulu chief Kelly Campbell as its new president, has been slower than its rivals to ramp up original content. And one-off film releases like “Halloween Kills” may not be enough to drive subscription conversions.

It’s simple enough: Around Halloween time, seeing a horror movie in theaters is a popular pastime. One year after fans were deprived of simple in-person Halloween activities due to the pandemic, theaters were bound to see a rebound in ticket sales from a horror film released in October, especially one from a franchise as well known as “Halloween.”

This should also mean that “Halloween Kills” will leg out well for the remainder of the month, supporting the box office in the second half of October until Marvel Studios’ “Eternals” jolts the charts at the start of November. Universal will also send Michael and Laurie into theaters next October with the final chapter of the trilogy, “Halloween Ends,” which ideally will enter a marketplace that has fully recovered from the pandemic.

6. Each No. 1 film this month has found a unique audience

While there has been overlap between the audiences for “Halloween Kills,” “Venom 2” and “No Time to Die,” each of these films has also been able to carve out a lane for itself by appealing to a specific subset of the moviegoing populace. “Halloween Kills” has won over the hardcore horror crowd, while “Venom 2” appeals to comic book fans and “No Time to Die” has drawn audiences over 35 that have historically turned out for Bond films.

This succession of hits has expanded active moviegoer base beyond the blockbuster crowd that mostly drove ticket sales in the summer. Each film has also been able to both draw a solid core audience and casual moviegoers intrigued by strong word-of-mouth, something that recent misfires like Warner Bros.’ “The Suicide Squad” and Universal’s “Dear Evan Hansen” were unable to do. 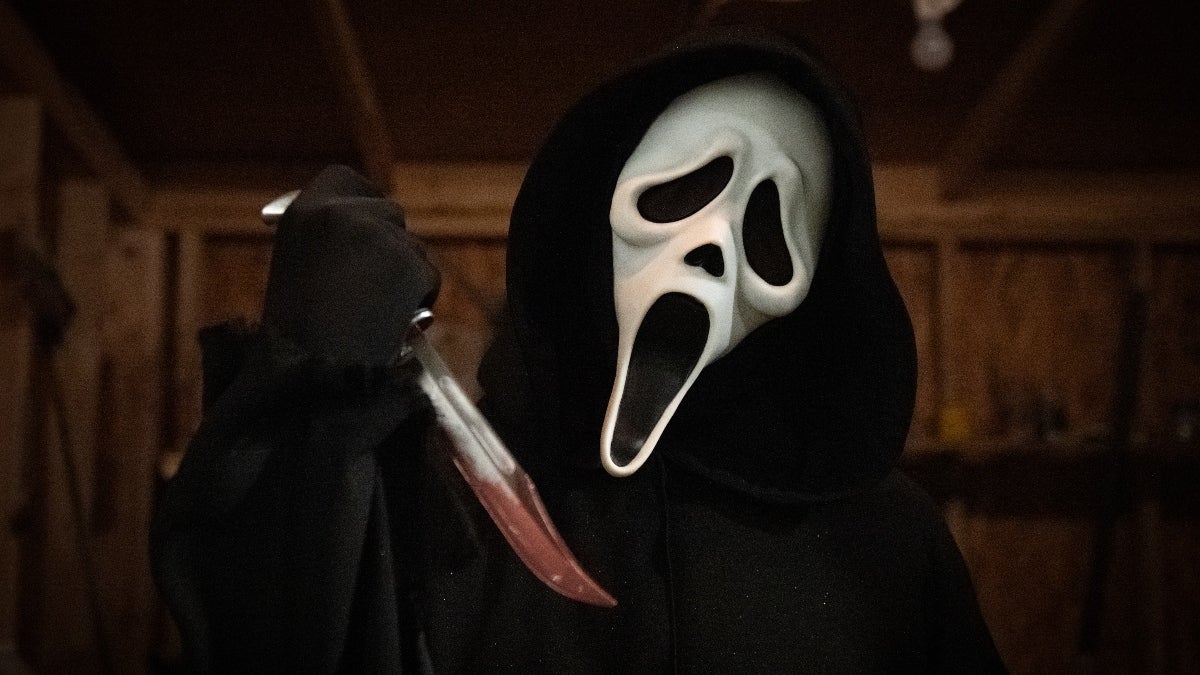