British company Handmade has purchased the children’s book titles by Sarah Ferguson, the Duchess of York, and plans to use the properties as the basis for new division Handmade Kids.

Handmade is launching the children’s and family media division in partnership with National Geographic Kids Entertainment. Handmade will own 50.1% and will run the new company. 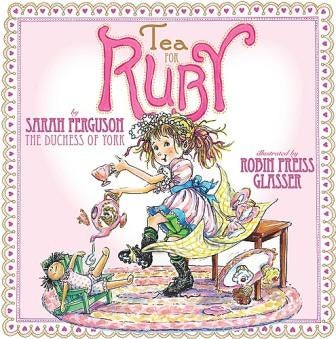 Ferguson, who has run into financial difficulties, sold TV and merchandising rights to the new company for her kids book titles "Tea for Ruby," a best-seller in the U.S., and "Little Red." She also will host a planned documentary series on women explorers for the company.

Handmade plans to raise $28 million to pay off its debts and fund the new division, Reuters said. Handmade, founded in the 1970s by George Harrison, plans to invest $5.6 million in Handmade Kids.

The company also announced Friday that it had acquired U.S. animation studio Animation Collective for $12 million.

Handmade chairman Patrick Meehan said Ferguson will receive a "substantial" share of future profits, believed to be around 35 percent.

Handmade said it hopes the first cartoons featuring Ferguson’s characters will be ready in about nine months; it added that there has been interest from U.S. television networks in the shows.

Handmade CEO David Ravden said, "The potential in these characters is immeasurable. Thomas the Tank Engine, for example, is worth many hundreds of millions of pounds."

Handmade already owns the right to Eloise (and is backing Charles Shyer’s feature "Eloise in Paris"). With the acquisition of Animation Collective, it gains the TV series "Thumb Wrestling Federation" and "Jolly Rabbit."