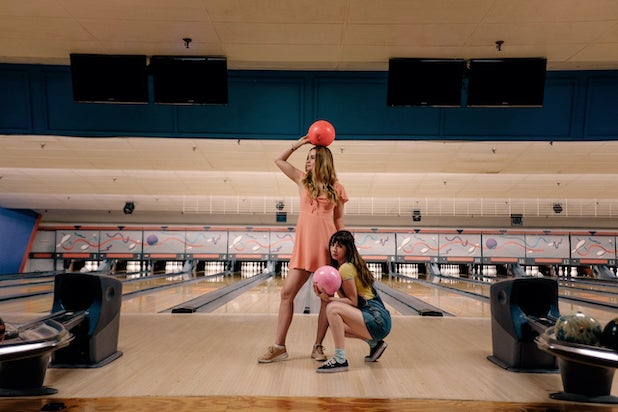 The debut film from veteran indie cinematographer Benjamin Kasulke (“Safety Not Guaranteed,” “Laggies”) will open in theaters and on VOD and digital on March 27. UPHE Content Group also acquired the international rights.

“Banana Split” follows two teenage girls over the course of a summer who develop a perfect, kindred spirit friendship with one another. The only problem is, one of them is dating the other’s ex-boyfriend.

“Banana Split” won the Special Jury Prize at the Independent Film Festival Of Boston 2019, the Jury Prize for Best Comedy Feature at the Woods Hole Film Festival, and multiple awards at the Oceanside International Film Festival 2019 including best picture.

“I am honored to have Banana Split shared with the world thanks to our distribution partners at Vertical and UPHE Content Group,” Kasulke said in a statement. “After years working in independent film, I know firsthand how much of a rarity it can be to have a debut film seen by audiences in the cinema and beyond. The teams at American High, LD Entertainment, United Talent Agency Sales, and myself could not be happier about Banana Split having a chance to find its audience out in the world.”

The deal was negotiated by Peter Jarowey and Josh Spector at Vertical and UTA on behalf of the filmmakers.

12 Best Movie Prom Scenes, From 'Carrie' to 'Back to the Future' (Photos)

Ah, prom night. I remember it fondly: awkward hand-holding, barely making eye contact, a freezing cold midnight boat ride on the lake, getting in around 4 a.m. and then going straight to bed. Good times. Wait, is that not how prom nights go for most teens? Typical movie proms are far more magical than the average prom experience. We didn't have Usher as a DJ at our party, nor did we have a ripping, (literally) ahead of its time guitar solo as our evening's entertainment. I should be thankful that my prom didn't end with a bucket of pig's blood poured over my head. This week, "Blockers" imagines how three teenage girls form a pact to lose their virginity on prom night. I'm guessing their prom ends up going better than mine did. These are the best movie prom scenes: