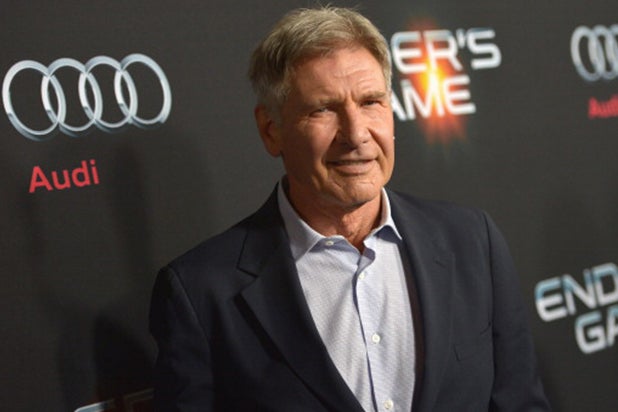 Harrison Ford, who crashed his World War II-era plane on a golf course near the Santa Monica Airport on Thursday, could find himself grounded as a result of the accident, according to insurance and risk management experts interviewed by the Los Angeles Times.

The “Indiana Jones” actor — who was in fair to moderate condition following the crash — is expected to make a full recovery, his spokesperson said. However, even after he heals, the 72-year-old could find his ability to go airborne restricted when he’s on the job.

Ford recently finished filming “Star Wars: Episode VII — The Force Awakens,” in which he reprises his role as Millennium Falcon pilot Han Solo. However, on future projects, insurance concerns could force avid aviator Ford to sideline his passion for flying for the sake of his profession.

Experts told the Times that insurance companies would be hesitant to underwrite a film’s production due to Ford’s accident-prone aviation record.

“It will be stipulated in bold, black ink that he won’t be able to fly while he’s on the set,” risk assessment management consultant Angela Plasschaert told the paper. “There wouldn’t be a sane person on the planet that would want to write that policy.”

Added Randel Frankel, of entertainment industry insurance firm Frankel & Associates, “If I was the underwriter, I would definitely look at the whole situation before deciding whether or not I was going to entertain the risk.”

Thursday’s mishap wasn’t Ford’s first flight-related accident. Notably, in 1999, he crashed a helicopter during a training flight and crashed a small plane in 2000. While it’s not unheard of for production companies to obtain waivers for cast members who fly, Brian Kingman, of insurance company Arthur J. Gallagher & Co., said that Harrison’s crash could make a waiver difficult to obtain.

“It’s a standard exclusion,” Kingman noted. “If somebody is involved in an accident and is injured … they will be less inclined to delete that exclusion.”

Ford is signed on to star in the upcoming “Blade Runner” sequel, reprising his role as Rick Deckard. Production on that project is scheduled to begin next summer.

Maybe Ford should get his flying in before then.