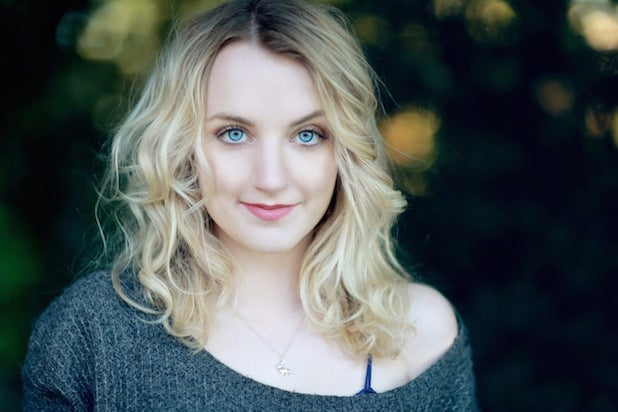 “Harry Potter” actress Evanna Lynch has signed on to join comedian Lenny Henry in Red Production Company’s “Danny and the Human Zoo” for BBC One, TheWrap has learned.

Henry, who is one of the UK’s most successful stand-up comedians and the co-founder of Comic Relief, wrote the semi-autobiographical drama, which is a nostalgic period piece that follows Danny (Henry) on his meteoric rise to fame in the comedy world of the 1970s.

Destiny Ekaragha is directing the 90-minute telefilm, which is being produced by Juliet Charlesworth.

Arthur Darvill, Richard Wilson and Mark Benton round out the cast of the project, which is being executive produced by Nicola Shindler of Red Production Company and Polly Hill, the BBC’s head of independent drama.

Also Read: Emma Watson to Star in Disney's 'Beauty and the Beast' (Exclusive)

Born in Ireland, Lynch was merely a 14-year-old fan of J.K. Rowling‘s “Harry Potter” books when she auditioned to play Luna Lovegood and won the coveted role over 15,000 other girls. In 2010, she scored a Best Supporting Actress nomination for Spike TV’s SCREAM Awards as well as a Best Performance in a Feature Film nomination for the Young Artist Awards.

Lynch’s recent feature credits include starring in the indie feature “My Name Is Emily” and opposite Ian Harding in “Dynamite.” She’s represented by APA, Schumacher Management and attorney Scott Whitehead.